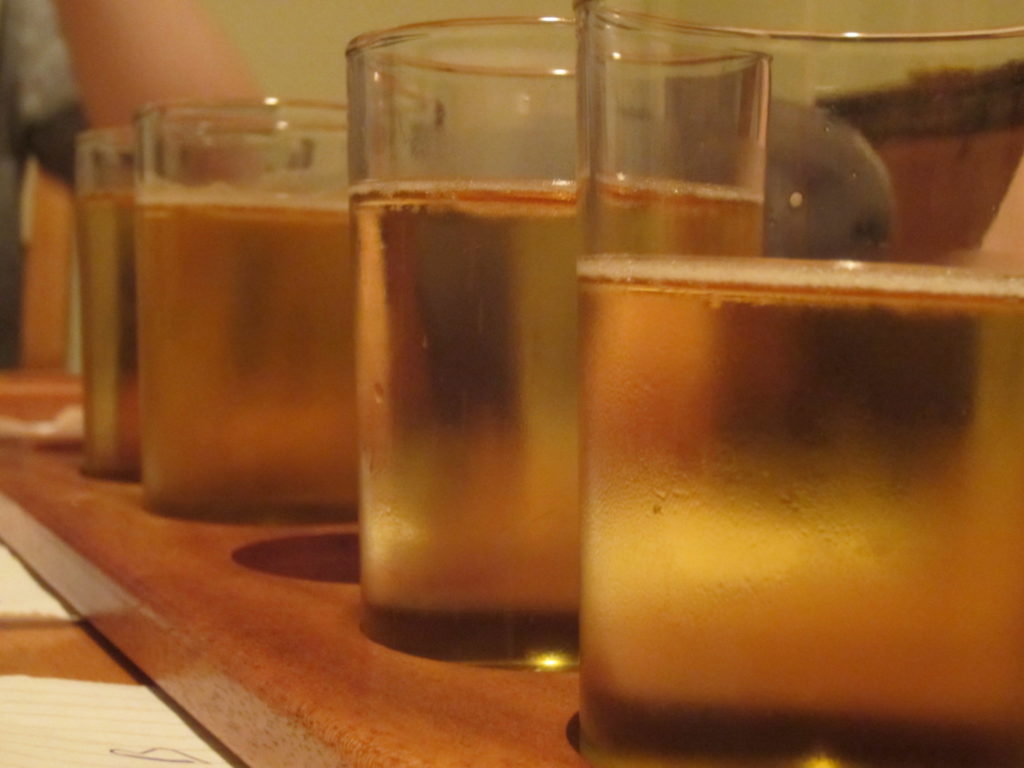 About two months ago I had a chance to sample Short’s Pontius Road Pilsner. Being a lover of all things Short’s I rarely pass up a chance to try even their most of pedestrian of offerings. I mean, not every beer can be a Strawberry Shortscake, right? Besides, I love a good pilsner and was eager to sample Short’s version.

Imagine my surprise when I took a sip and immediately thought, “this tastes like a macrobrew?!?”

Now I don’t mean that in a snobbish, turn my nose up at a beer sort of exclamation. It was more of a, “this tastes kinda sweet like a light beer and is a little watery too.”

I sensed adjunct and according to Short’s description of this beer, I was right (emphasis added).

“A true American style Pilsner where the malted barley, when blended with flaked maize (corn), produce a deliciously distinct flavor. It is light in body and color, with a surprisingly full flavor that gives way to crisp refreshment. Handfuls of hops provide pleasant aromatics and a wonderful dry finish.”

The Pontius Road Pilsner delivered on lightness and crispness, as advertised, which made me wonder; could any of the other Guys tell the difference between this and a macrobrew?

The “Adjunct Taste Test” was born.

Now, before we get too into the beers and how our contestants fared in the “Adjunct Taste Test,” let’s first get to know our adjuncts a little better. The following information is courtesy of Beer Advocate’s malt and adjunct guide.

Now that we’ve gotten a crash course in adjuncts, on to the beer!

A few weeks after my initial; “Dude, this is like a macro,” experience I sat Andrew, Karl and our buddy Radstarr down for a blind taste test. The goal was to see if they could identify all four beers correctly.

I laid out, on a tasting paddle, 4 oz pours of each beer and a piece of paper marked with an A, B, C or D. The three participants were to write down which beer corresponded with each letter and any tasting notes they wanted to provide.

The results were actually quite surprising.

Sadly, no one was as thrown off by the Pontius Road Pilsner as I had hoped. In fact, everyone pinned that one as the craft beer right away. I guess it isn’t as macro-y as I initially thought. I’ll chalk that up to years of drinking craft beer, which can apparently make a slightly watery version of a pilsner, brewed with flaked corn, taste macro-ish.

The fun came when Andrew, Karl and Radstarr tried to identify the three offerings from the big boys.

Only one of them got one of those right.

Before we break down who thought what was what, lets first reveal which beer was which.

It is worth noting that no one got Bud Light and Miller Lite correct, although Radstarr came the closest. He mixed up the two while Andrew and Karl each thought that Miller Lite was Coors Light. Even more interesting is that everyone thought Bud Light was Miller Lite.

I did ask the guys to offer some tasting notes, which produced some gems – albeit brief ones.

Andrew, on what he thought was Bud Light but was really Coors Light;

“I really have nothing good to say here.”

Karl, also on what he thought was Bud Light but was really Coors Light;

And Karl on what he thought was Coors Light but was really Miller Lite;

Sometimes less is more. And in this case Radstarr best summed up the Pontius Road Pilsner simply saying;

So what do we take away from this?

Second, maybe there isn’t really that big of a difference between your favorite light/lite beer brand.

And third, maybe we aren’t as smart as we think we are.