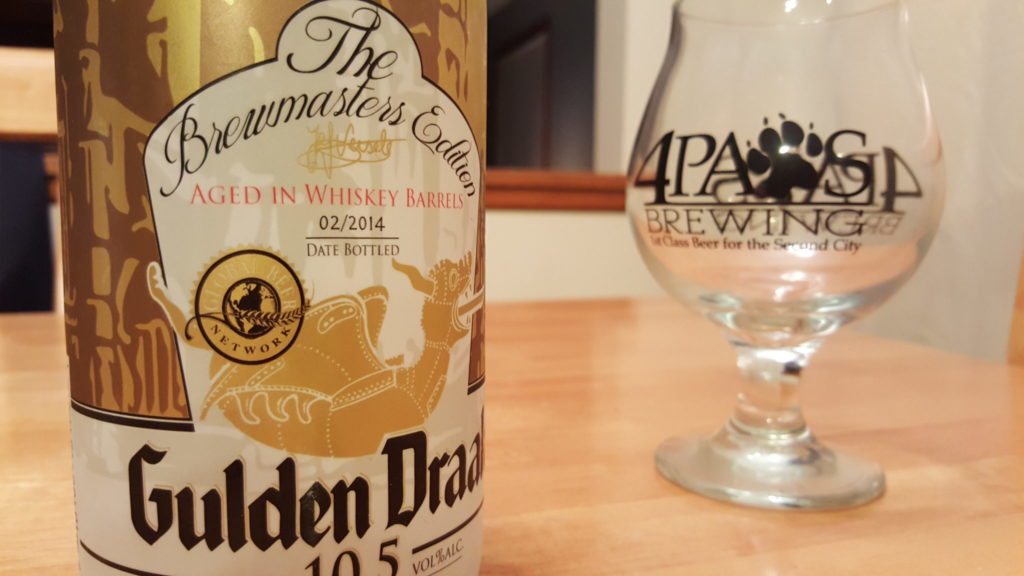 Rediscovering Gulden Draak, a forgotten favorite, through a barrel-aged version released in 2015.

Everyone has their gateway beer story. You know the one, that epiphany moment or moments when someone discovers an IPA or sour and can’t escape the beers magnetic pull. You try different varieties from different breweries until you exhaust the style and move on to something more, or maybe less, challenging.
My gateway beer wasn’t the plentiful Schlafly in central Illinois or even Goose’s mainstays when I moved to Chicago in 2007. For me it was Belgian beers that bridged the gap to American craft beer. And what a long bridge it was.
Kwak, Tripel Karmeliet, St. Bernardus Tripel and Prior 8, Delirium Tremens and, yes, Gulden Draak were regulars in my fridge. Just for the fun of it, I dug up a photo of my old beer fridge from February of 2009 showing 750 ml bottles of Belgian beer lining much of the bottom shelf. 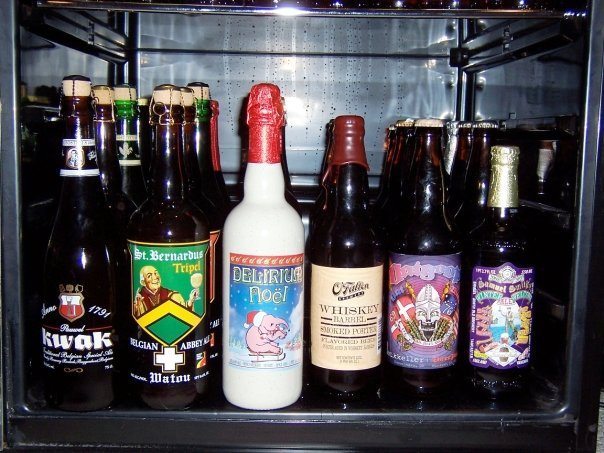 I loved the complexities of the Belgian styles and really took to Tripels, Dubbels and Belgian strong pale ales, with the occasional Quad mixed in. They were easy to find on store shelves and readily available at what became my neighborhood bar for a few years, Coopers. When the weather turned crisp and cool, I popped the cap on a Gulden Draak.

Fast forward to last January, when an email popped in to my inbox touting the release of Gulden Draak Brewmaster’s Reserve, which was aged in whiskey barrels, and offering samples. I jumped at the chance to revisit what made me fall in love with this beer seven years ago and to see what a year-long slumber in whiskey barrels would do to an already behemoth of a Belgian Strong Dark Ale.

The beer shipped in January of 2015, about a week before my wife was to give birth to our second daughter. I figured the beer would arrive a few days before she was born, and I would have a really nice beer to crack and enjoy before I slipped into months of sleeplessness, poop and spit-up.

Our daughter, however, arrived a few days before the beer did.

Those of you who currently have a newborn, or have survived the trials and tribulations — and joy — of having a new baby, you know it’s hard to squirrel away any time in those first few weeks and even months, depending on the temperament of your baby, to sit down and enjoy a beer. It’s even harder when the beer clocks in at over 10% ABV. So this beer sat and sat and sat in the cellar until our daughter’s first birthday, which seemed like the perfect time to finally open this beer.

As for why it’s taken me nine months to write this review, well that’s a less interesting story about being really busy. 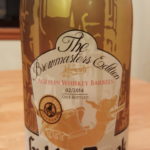 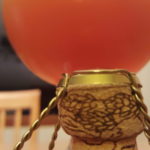 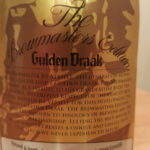 Poured from a cork and cage, gold foiled bottle with a February, 2014 bottling date, Gulden Draak Brewmaster’s Reserve appears a cloudy and turbulent orange in color with little to no head. The nose gives off immediate aromas of vanilla, a freshly sanded two-by-four and cherries.

Vanilla ice cream topped with fresh-cut strawberries first grabbed my attention on the palate. The vanilla flavors carry through the beer and lead to a sweet but tamed finish accented by cherries and plums. A two-year-old pour of Gulden Draak Brewmaster’s Reserve was much, much smoother than I expected. The year this beer sat in the bottle before it went out for distribution, and the additional year I gave it in the cellar was bound to calm it down — but maybe it was just as smooth a year ago. Whatever the reason, this beer drank gently with no alcohol burn or evidence of the 10.5% ABV.

While this barrel-aged version of Gulden Draak didn’t conjure up memories of grilling steaks by headlamp at the coach house on Fletcher St. in Chicago’s late fall and early winter weather, it did spark my interest in circling back and trying a few Belgian favorites that have fallen by the wayside.

In fact, over the last few months I’ve snagged bottles of Orval and Saison Dupont when I’ve needed a break from IPAs, pale ales and hoppy lagers. But no Gulden Draak yet — it’s not cold enough.