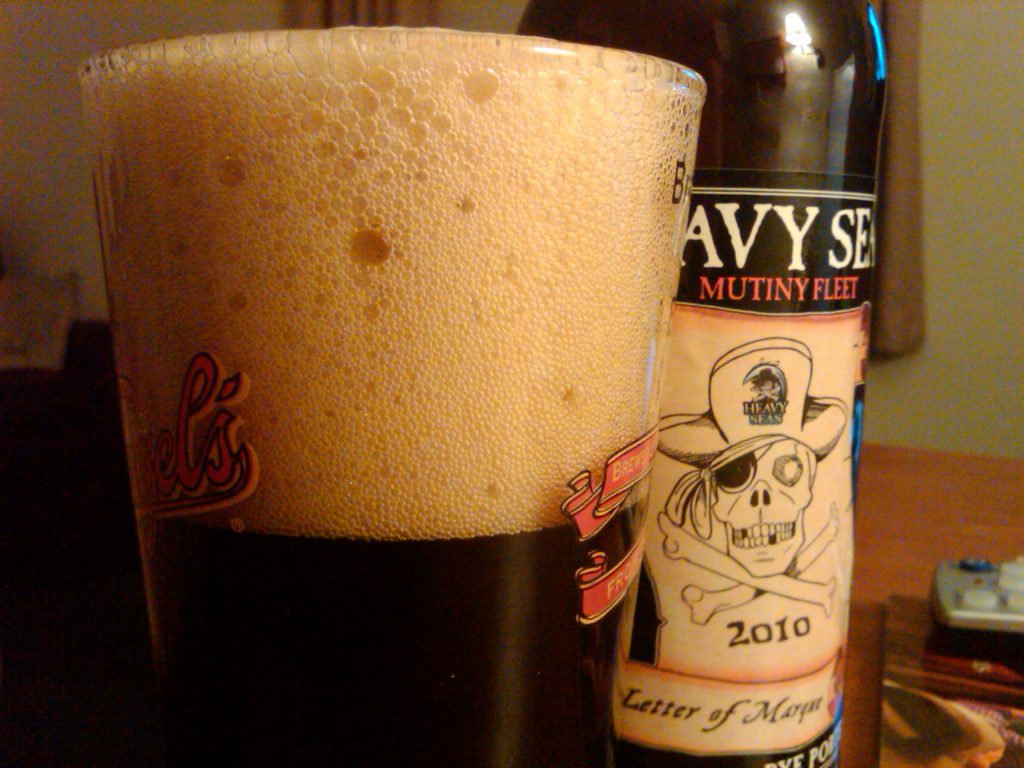 “Winners from our 2009 Letter of Marque Homebrew Competition will work along side our brewers to create this one time special release. Letter of Marque will feature a different beer every year selected from our national homebrew competition. This year’s recipe is from Frank Butt and Neil Heinlein.” 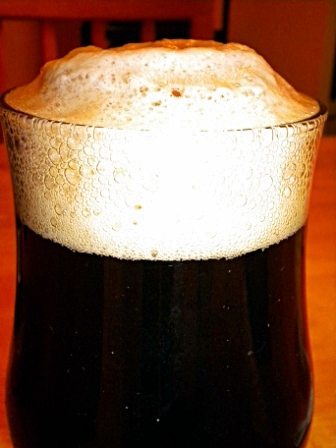 Karl: My familiarity with Heavy Seas’ work is nil, and wandering into their boundary waters with this beer is an interesting point of entry.  This is essentially a homebrew recipe, put together in conjunction with the HS people in the background, so I’m not going to try and assume that this is representative of all Heavy Seas’ work…because really, I don’t know.  It could be.

The Mutiny Fleet is a Rye Porter which unexpectedly started with piney hops on the nose, pure unmitigated pine.  That developed into a hearty, thick, rich, syrupy brew with mild hoppiness at the forefront.  This is a porter?

Nicely (and surprisingly) balanced overall, with the rye holding back the highest screaming notes of hops.  It’s mouth-smackingly dry, thanks that rye presence, and I would call this less of a porter than it is a Rye-PA.  Watch out, though – at the end, this Mutiny goes way bitter.  Sharply, traitorously bitter, ye scurvy dogs.  Beware.

Ryan: Every once in a while I will import a beer back from a business trip to Michigan that is not a special release from Bell’s, Founders, Dark Horse etc.  The Heavy Seas Rye Porter was one of those beers.  I first had this one night in my hotel room while writing up reviews for the site.  I was so blown away by it I had to snag another bottle to bring back for The Guys.

As you could tell from Karl’s writeup this beer is as complex as its name is long.  It pours motor oil black with a huge, billowing off white head and gives off a nose of robust cocoa and a freshly opened jar of peanut butter.  And, as you can see below, that head leaves behind some picturesque lacing. 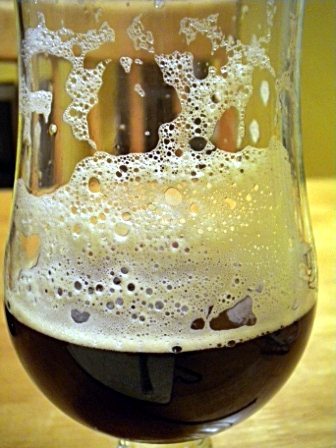 The taste is similar with loads of roasted malts, dark chocolate and peanut butter.  They rye kicks in at the end and makes for a nice dry finish.  About halfway through this beer you’ll notice a pleasant, but unexpected, citrus hop flavor that shows up unannounced.  It almost feels like it shouldn’t be there but it blends so well with the rest of the beer you can kind of shrug it off and keep drinking.

This was just as good as the first time i had it, maybe even better, because I don’t recall the citrusy hops being quite as present.  I used to think the whole pirate thing that Heavy Seas had going was a little on the gimmicky side and a bit corny but my perception has changed because Heavy Seas Letter of Marque is a solid rye porter.