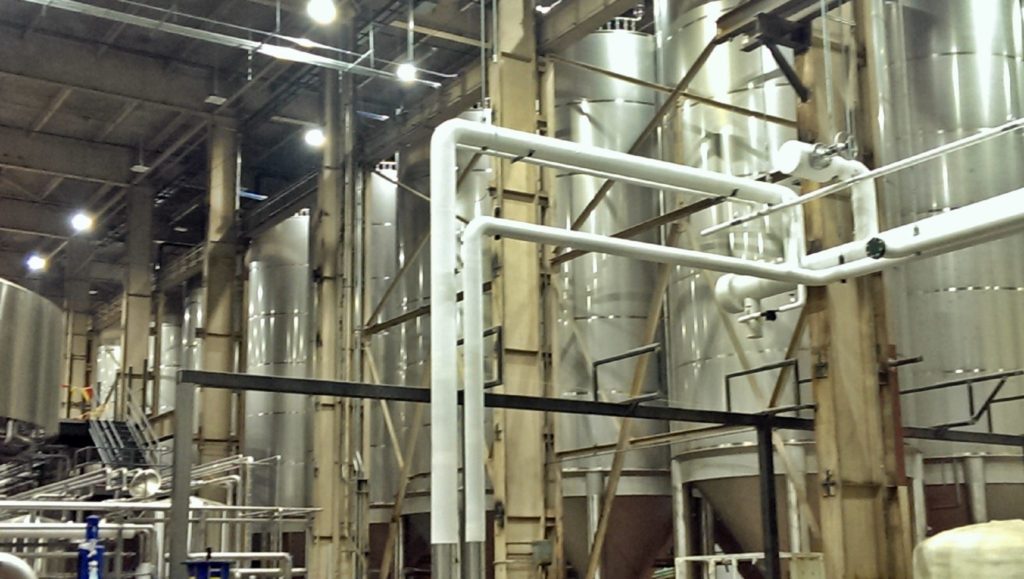 A couple blogs have reported a canning line coming to the new Lagunitas plant in Azusa. But is it true? And will Chicago be getting one soon? 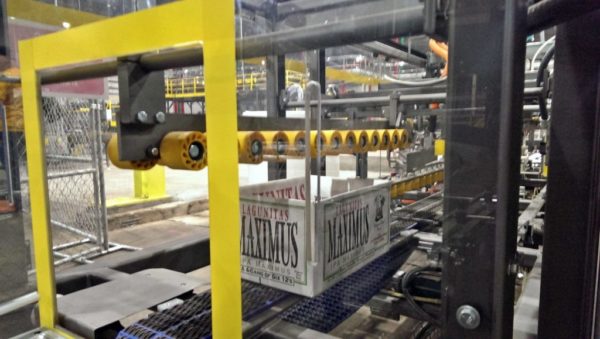 Part of the Lagunitas Chicago bottling line. (Note: no cans.)

Much like we saw in Chicago during the run-up to the Lagunitas plant opening here, the California press/blogosphere is starting to get their first looks at the massive new Azusa complex. Two of those writeups included a mention of something that caught my eye:

Lagunitas. In cans. Or at the very least, a forthcoming canning line.

These reports come from the OC Beer Blog here, and the California Brewmasters site here. (Side note: the mayor of Azusa looks like a pretty righteous dude.)

Since we’ve been betting on Lagunitas cans to emerge sooner rather than later — especially since the partial sale to Heineken last year — we wanted to see if there was any to clarify about these reports, and moreover, if Chicago would be getting a canning line as well (as we’ve heard similar rumors floating around).

We reached out to Karen Hamilton, Lagunitas’ Director of Communications, who tells us that there no plans for a canning line…yet. That doesn’t mean they’re not holding some floor space for one, though.

“I think the can thing is kind of funny. We MIGHT do cans at some point and so there is space set aside for that. Think of it this way….you are married with one baby, you go house hunting and buy a 4 bedroom house. You don’t have kids to all up those other bedrooms but you buy one with 4 bedrooms just in case your family expands….”

Why is it a big deal that Lagunitas might move into cans? Well, it wasn’t too long ago that Tony Magee swore that the brewery would be “the last brewery in the US to use aluminum cans.”

This was back in 2012; the Beerpulse site has a good recap of his twitter rant here.  I imagine that four years and a half-billion dollars later may change things slightly.

…THIS is just the start of how those 'green' cans are made… We'll be last brewery in the US to use aluminum cans… Viva Silica.

Worth noting: Of the top 10 breweries on the Brewers Association Top Craft Brewers List (which Lagunitas will be leaving in 2016 thanks to their partial sale), only Lagunitas doesn’t package beer in cans. You have to get all the way down to #16 — Dogfish Head — to find the next brewery that doesn’t can, and rounding out the Top 25, Great Lakes doesn’t can their beer either.

Additionally, we’ve done some hunting and haven’t seen any Lagunitas can label mockups come through the TTB, for whatever that’s worth.

So, as of right now, Lagunitas cans is still in “not yet” mode…but also a far cry from “never,” like it used to be.

One additional piece of good news that we gleaned from Hamilton — the Lagunitas Chicago ampitheater is under construction and inbound. The space will hold 500 music fans for occasional concerts outside the usual taproom musical lineup.

“I don’t know that we will be ale to duplicate the mature program from the beginning in Chicago, in Petaluma it morphed over the last 5 years, but it will be similar,” Hamilton wrote. “Not sure how many concerts we will do a year here, but what I can tell you is that we will not be looking to become a music ‘venue’ having concerts every night or even several times a week, every week throughout the year.”