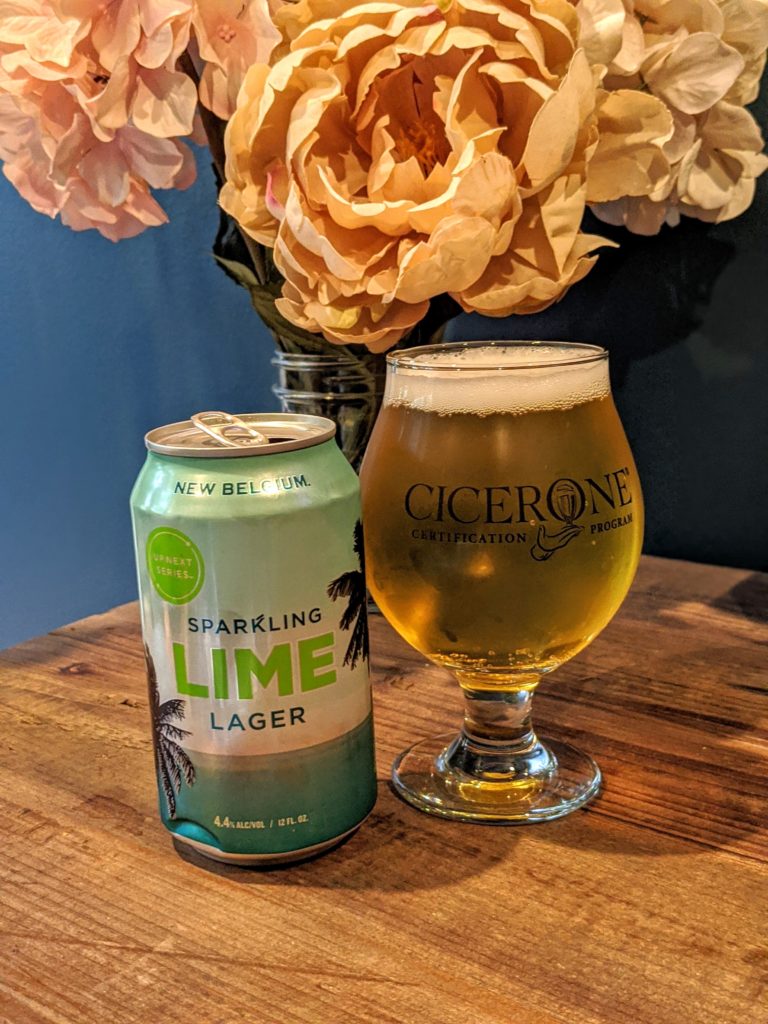 Ever have a beer and think to yourself, “Huh. That’s a pleasant surprise”?

Not because the beer is truly exceptional — more like you thought a beer would be around average at best, and then clocks in at a solid above average.

That’s what you’ll probably get from the New Belgium Sparkling Lime Lager.

It’s good! Not great. Tasty, and just right for a hot summer day when you need a beer at 1pm. It’s better than it needs to be.

(Like my review of Sierra Nevada’s Wild Little Thing, I got this beer in a Costco case, because that’s where I do most of my shopping as a newly-unemployed former travel industry worker.)

This beer is the equivalent of those “hint of lime“ tortilla chips. I like the Late July brand, but Tostitos will do. You know what a tortilla chip tastes like — you’ve had a thousand of them if you’ve been out to a few Mexican restaurants in your life. The light, crisp, sharp corn flavor, a little dash of salt, grainy sweetness, you know — standard corn chip, standard lager.

And then this hits you with juuuuust a little kiss of citrus. Makes you come back and say, oh — well that was certainly pleasing. I could do with another one or two of those. This follows through on the promise of the name on the can. Sparkling? Yes. Lime? Yes. Lager? Yes! You’re getting exactly what you pay for, with no complaints.

It’s not going to be anyone’s beer of the summer. But is it a beer of A summer? Again, yes.

This is not to be confused with New Belgium’s Mountain Time Lager, a perfectly boring but mostly effective beer, which also came in the same Costco case and is 100% fully forgettable. If I handed you this and told you it was a MGD, but fresh, you’d be like “yeah, okay, haven’t had a MGD in a while so you’re probably right.”

Back to the Sparkling Lime Lager. Toss a little salt in here and you’ve got a party. Maybe add a little tequila or white rum if you’re feeling like kicking things up a bit. But as beers go, you will be neither over nor underwhelmed by this beer. It is fully whelming. You will be whelmed.