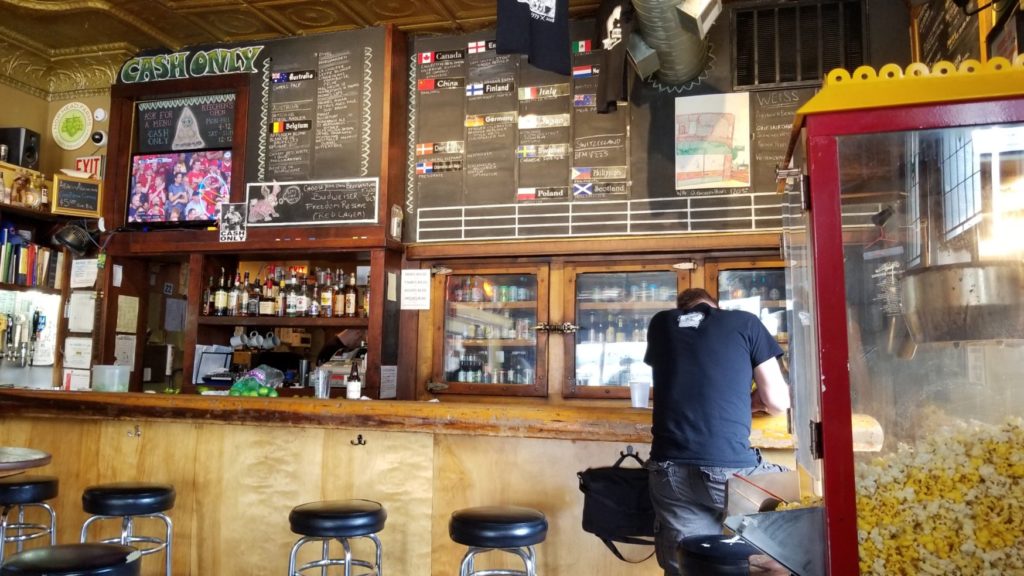 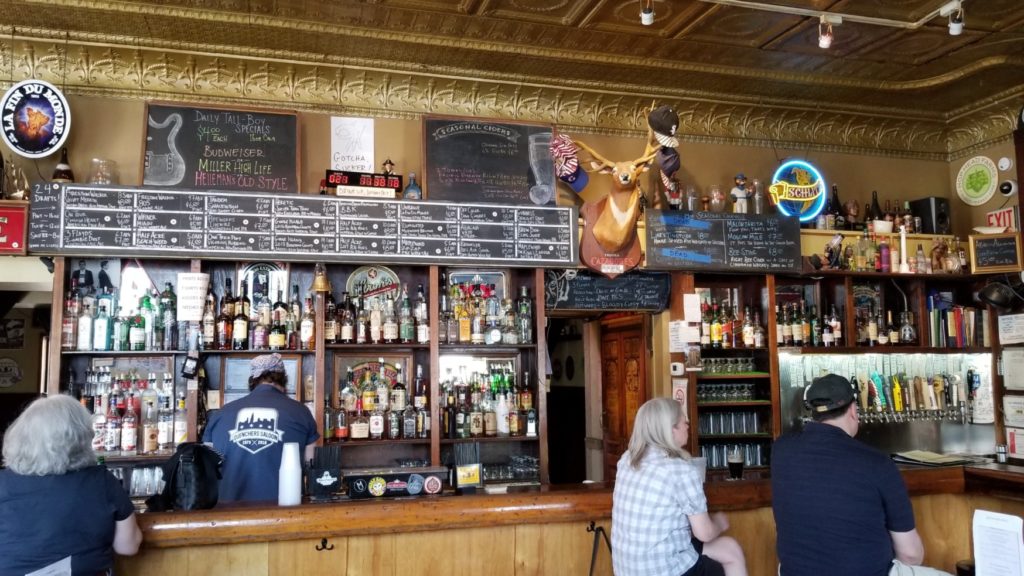 Sometime in the early 2000s, I was on my way to a show at the Fireside Bowl when the car I was in got into an accident at Fullerton and Western. We could almost see the glow of the Fireside sign down the street from in front of the bodega where we were waiting for cops to arrive (a wait that, on a Saturday night, took about 5 hours).

We pretty quickly stopped focusing on the show at the Fireside and began focusing on the glow coming from the bar at the corner which would be serving us as soon as the accident report was taken care of.

That bar was, of course, Quenchers. It was somewhere around midnight where, paperwork completed and insurance info handled, we darkened their door and quickly lit into some serious whiskey drinking (Don’t worry, the tow truck drove both us and the incapacitated vehicle home safely). And even though I wasn’t even close to embarking on my craft beer quest at the time, walking in and seeing the huge chalkboard looming over the ancient coolers, listing country after country after country and beers from all around the world — well, I’d be lying if I said it didn’t plant something of a seed.

Quenchers is about to depart the Chicago bar landscape after nearly four decades of service. Beloved though it was, Quenchers never seemed to really crack into many of the top tier OG craft beer destination lists throughout its lifespan — most heritage-centric attention, it seems, was paid to Hopleaf and Map Room, both places about a decade newer to the tavern scene than Quenchers.

Why? All I have is my own speculation, but I have a feeling it’s for a few reasons: Quenchers focused on bottles for much of its life as opposed to draft. Quenchers also focused on international options vs American for quite a while. Finally, one might describe Quenchers as right on the edge of “dive” status — in a beautiful, eccentric, wonderful way — as opposed to places with more civilized, refined, Eurocentric or even studious vibes.

Other beer bars may have been there for study and worship. Quenchers gave you a place to enjoy beers from around the world — good, bad or indifferent — and then booked punk bands in the other room to provide the soundtrack.

I paid one last recent visit to Quenchers and found it to be leaning in pleasantly hard on joyous gallows humor — notably the countdown clock ticking away the seconds until the final Last Call and the cocktail chalkboard which rather than simply being erased as they ran out of booze, was marked “DEAD.” As promised, they were pulling crazy barrels of beer from the cellar and putting them on draft without much fanfare at all — I spotted two vintages of Goose BCBS and Half Acre Big Hugs, pouring like it was NBD.

Quenchers was the DGAF beer bar. It is, as it’s always been, a wonderfully ragged, pretention-free, no-bullshit kind of place that celebrates a cold beer and a shot of Beam at the end of a long day. It’s got soul. You can’t buy that, and you can’t fake it either.

And now it’s going away.

There’s only a few days left. I hope you get a chance to visit before they shutter.

If you haven’t looked around lately, you may not have noticed that Chicago is in the process of being reborn.

Cranes dot the sky. The economy is humming along. The city is shrinking, but also awash with a new wave of neo-yuppies. News stories about new high-rises planned throughout downtown seem to come out on a weekly basis, each taller than the next. Buildings get plowed under to make the new Transit-Oriented-Development or cookie-cutter condo.

With progress comes destruction. Culturally, it’s hard to argue that a medical office is going to be better for the city than Quenchers is or was. Still, that’s what’s happening so best learn to shut up and live with it. But if you let Quenchers close without at least a thought for the Third Spaces that used to dot the city — places that once served as community centers and meeting spaces and conversation starters and places where whole new worlds opened up to people who had the misfortune of wrecking their car down the block — well, that’s your loss.

Where were you in ’79? Chicago looks a lot different now than it did when Quenchers opened their doors. They aren’t making any more places like this, and I sincerely doubt that in 2058 we’ll be ruing the loss of the most recent pour-your-own beer bar or another 96-tap chain bar behemoth.

See ya, Quenchers. You’ll be missed.