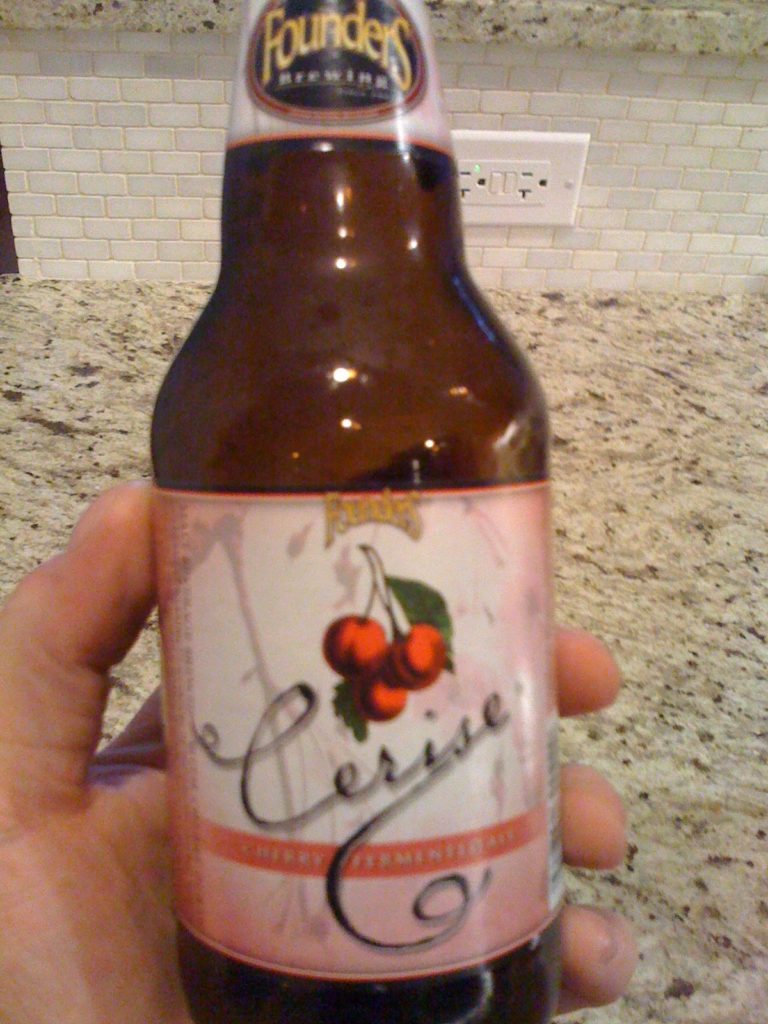 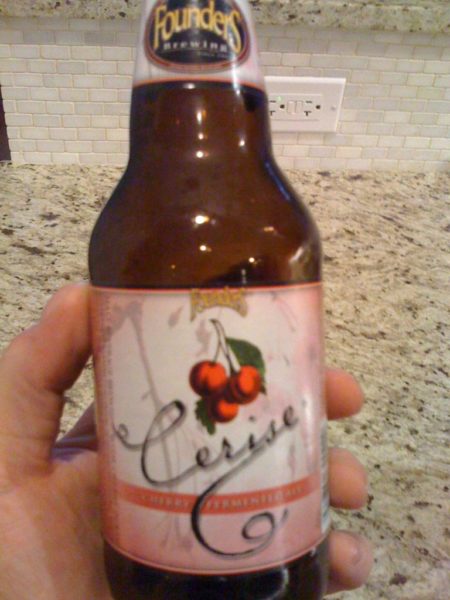 You’ll have a soft spot for this one. Using only fresh Michigan tart cherries, this beauty tantalizes with intense flavors combined with a no hesitation malt bill. Adding fresh cherries at five separate stages of fermentation achieves the ultimate balance between tartness and sweetness.


Andrew: Because I was bored, and possibly selfish, I decided to knock this beer out by myself. I’m a self-admitted fan of fruit beers, see here, here and here, so I was pretty excited to check out this offering from Founders.

The Cerise pours a light brown/reddish color with very slight head that dissipates quickly, leaving no lacing. In the nose I detected a sweet malty smell, but not overly fruity like you find in other fruit beers.

The beer tasted of tart cherries and malt. It was very smooth, with little carbonation, and left a sweet aftertaste. I would say I picked up more malt than fruit in this beer, to the point where I would consider the flavors to be bit out of balance.

This beer drank more like a cider than a fruit beer and frankly, I wasn’t impressed. In fact, based on other brews from Founders, I was expecting quite a bit more from the Cerise, but was left unsatisfied.

Government by day, politics by night and beer every minute in between (and let's be honest, sometimes during) is Andrew's story. He works with his network of friends across the country to bring in new, regional beers and is always quick to jump when Ryan blows the conch to assemble The Guys for a unique vertical or cellar experiment.