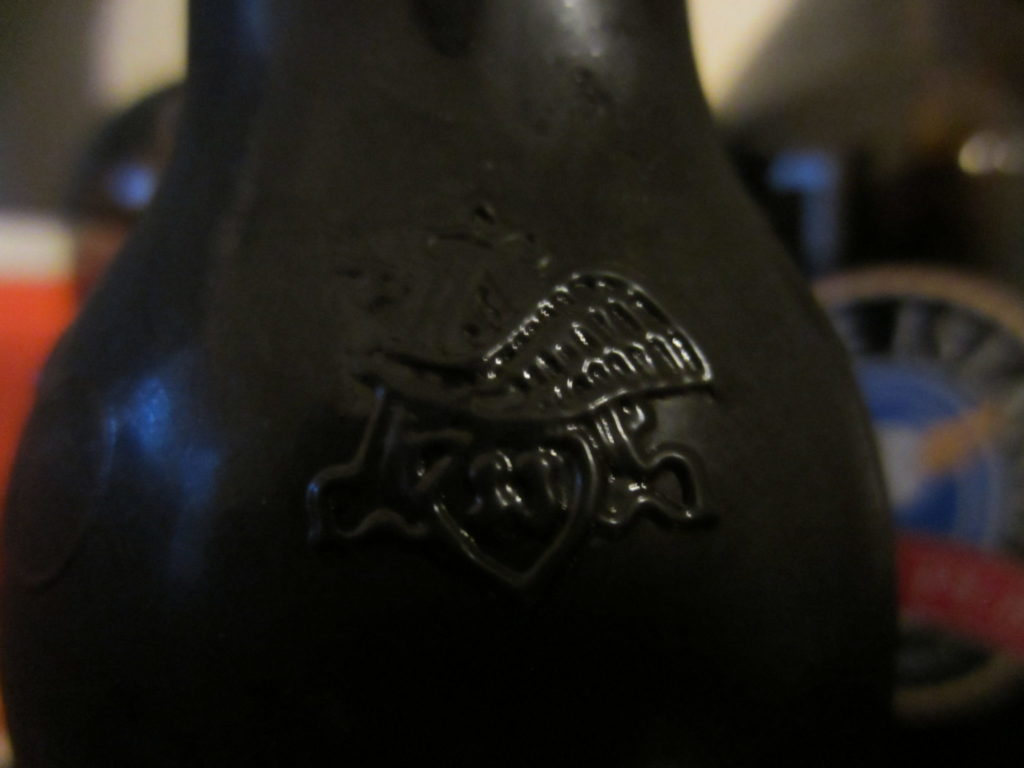 When the email promoting and offering samples of a new, “small batch,” beer from Shock Top landed in our inbox we were skeptical – to say the least. This is Shock Top, after all, whose idea of branching out is adding raspberry or pumpkin to their wheat beer. 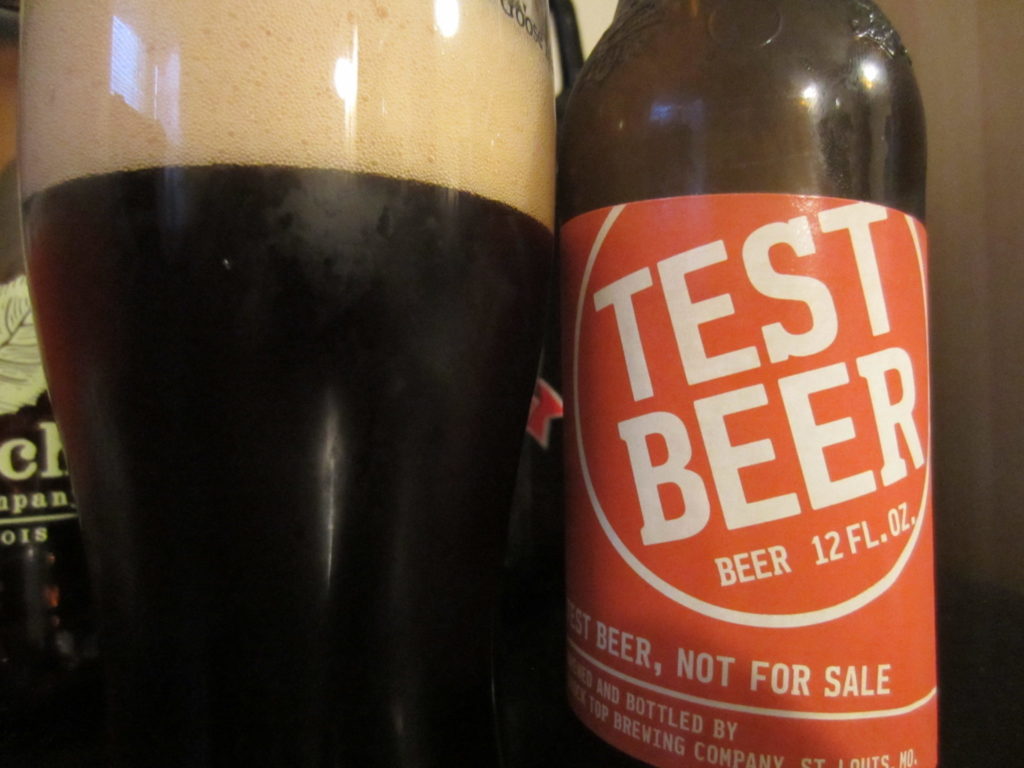 Not being ones to judge (too much), or turn down free beer, we accepted and a few days later a box the size of a Labrador’s dog crate arrived at my office.

Yes, I got all the stuff this guy did, and I too have no idea what I am going to do with most of it. However, I was far less offended than he was. I get where they were going with it; Campfire Wheat, camping, s’mores, a beer that is supposed to taste like s’mores.

Oh yeah, I forgot to mention that part, according to the info tucked away in my backpack Campfire Wheat was brewed, “with graham wheat, chocolate malts and a hint of marshmallow flavor, then aged over cocoa nibs.” Shock Top Raspberry Wheat this is not.

It seems Anheuser-Busch allowed the brewers to have a little creative freedom with this one and the end result is a pretty decent beer.

For starters, let’s note the obvious: pouring an opaque black with a billowing tan head, this looks unlike any other Shock Top beer on the market.

So far so good. 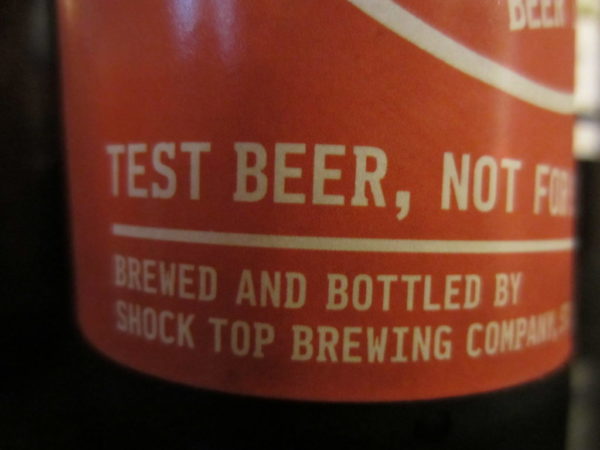 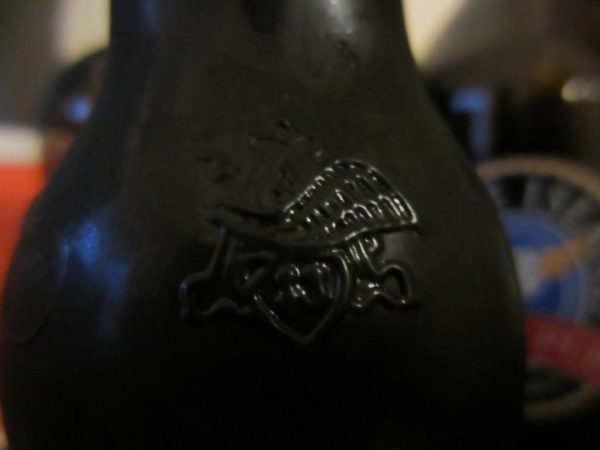 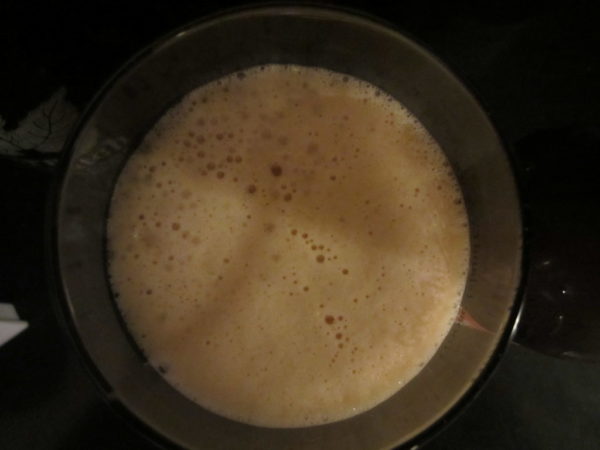 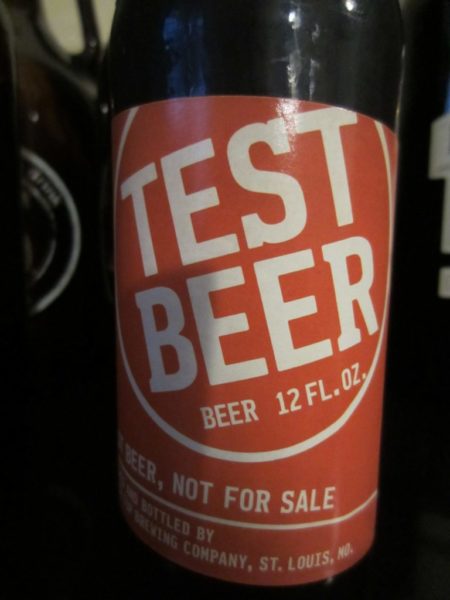 Take a whiff and you get just about everything promised in the commercial description; cocoa powder, marshmallow fluff, and the slightest hint of graham cracker. There was a certain chalkiness to the cocoa aroma which oddly brought back memories of my breakfast through much of high school – Carnation Instant Breakfast.

Following through on the nose, Campfire Wheat tastes of chocolate malt and rich milk chocolate, highlighted by touches of marshmallow and graham cracker mid-sip, followed by bitter dark chocolate in the finish. The body is a little thin for my liking given how sweet this beer is, but that’s about the only real knock against it.

If you told me this beer was brewed by anyone else I would say it is solid but uninspiring. However, because it is brewed by Shock Top and Anheuser-Busch, who is notorious for not stretching its legs much when given the opportunity to get creative I have to give credit where credit is due.

This is the least Shock Top of a beer brewed by Shock Top I’ve ever had, which should be considered a compliment.

(Shock Top Campfire Wheat is one of three small batch beers the brewery is rolling out at select festivals this summer. You can find it Saturday, May 11th, at the American Beer Classic at Soldier Field in Chicago.)