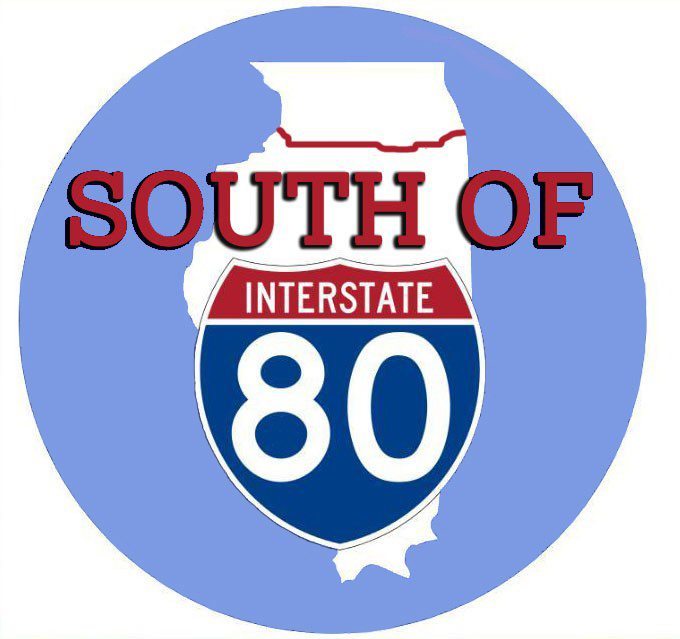 And a good time was had by all.

We weren’t exactly sure what we were in for when we started setting this thing up months ago, but it culminated last night in an evening of great beer and a great crowd at a great place.

Flights were pouring pretty much nonstop as a healthy mix of note-taking beer guys & gals dove headfirst into a previously undiscovered region of beer-making, while other downstate expats got reacquainted with some beer from home that maybe they hadn’t had since the last time they themselves had traveled…south of 80. 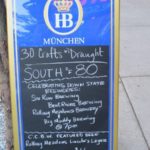 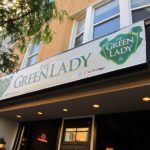 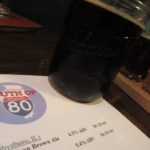 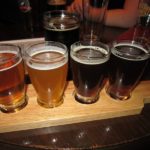 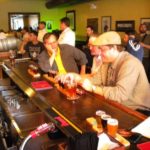 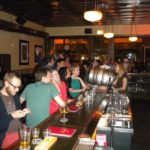 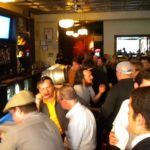 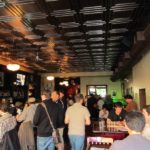 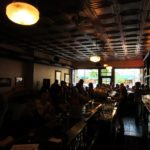 Personally, we were surprised at the relatively mellow spice on the Jalapeño Ale from Bent River in comparison to the one we sampled before the event (which, to be honest, probably made it infinitely more palatable to everyone who doesn’t adore spicy beers the way we do). Joel Krogman and Steve Cogdill made the trek from Moline and spent most of the night at the corner of the bar tossing out Bent River t-shirts to those ordering a pint of their beer.

And how about those cask beers? Boy, did they impress once they warmed up. All that vanilla in Six Row’s porter really popped in a way we hoped would happen but couldn’t be sure of until it actually emerged. We also saw a lot of people trying the Double IPA and dry-hopped Double IPA on cask, side-by-side, with the cask version seemingly being a favorite of the two more-often-than-not.

It was nice to see one of Six Row’s owners, Mike Rami, make the trip up from St. Louis. He was joined by Six Row’s social media manager Tim McGinnis and plenty of family and friends, many of whom call the Chicago area home.

In a bar with a tap list full of big beers with some big ABV’s, Big Muddy’s Muddy Monster and Dunkeldog seemed to find a nice niche with those who were looking to session their way through the evening.

But as we understand, it was Rolling Meadows’ Lincoln’s Lager that won the day, presumably much to the delight of brewer Chris Trudeau who was found camped out at the bar delighting people with the cones of hops, fresh from the family farm, he invited people to get a good whiff of.

All in all, I think we all had a pretty good time. 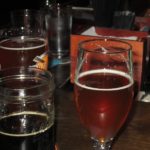 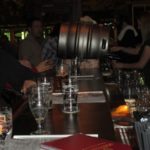 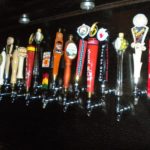 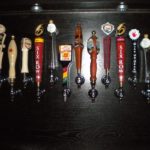 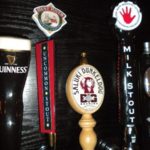 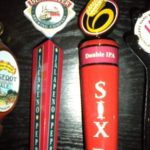 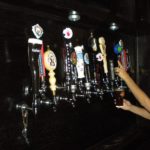 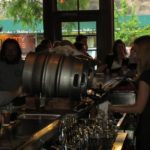 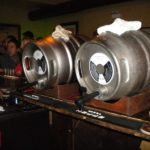 The lions share of the thanks and praise should of course be directed to the brewers who participated, but also the distributors who helped us work within the boundaries of the three-tier system to pull this off. Naturally, Melani at The Green Lady deserves a hearty round of applause as well (go back today and buy her a pint of the jalapeño beer, no really, she looooooves the stuff) and our very own Ryan for playing ringmaster and wrangling all these things together over countless phone calls, emails, brewery visits and more.

And finally, we very much appreciate everyone who took the time to come out on an extremely busy night of Chicago Craft Beer Week. You all had many options to choose from; we’re honored you opted to spend some time with us.

See you next year?