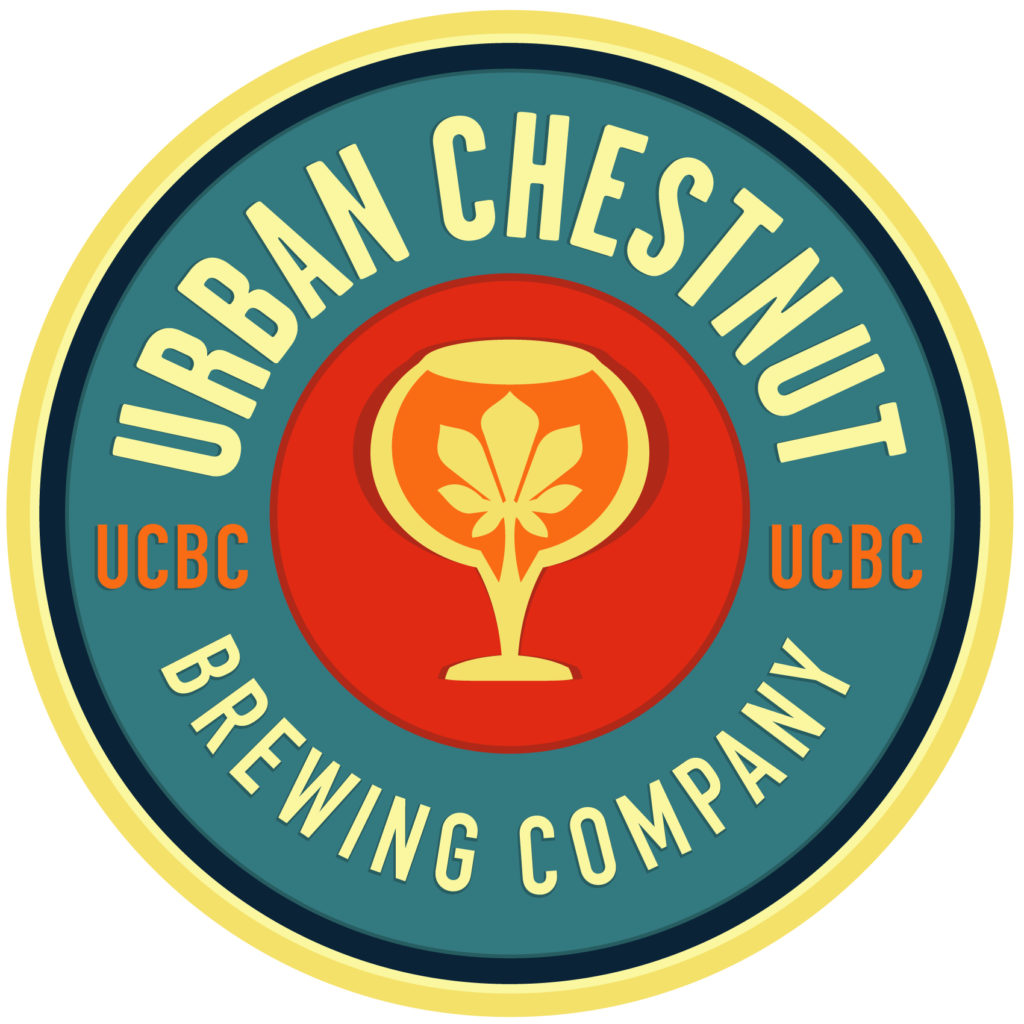 In the days leading up to our second South of 80 event during Chicago Craft Beer Week, we wanted to make you a little more familiar with our featured breweries, since we know that news from downstate doesn’t tend to get a lot of play up here. Today we take a look at the brewery making the biggest moves in St. Louis over the past few months: Urban Chestnut. 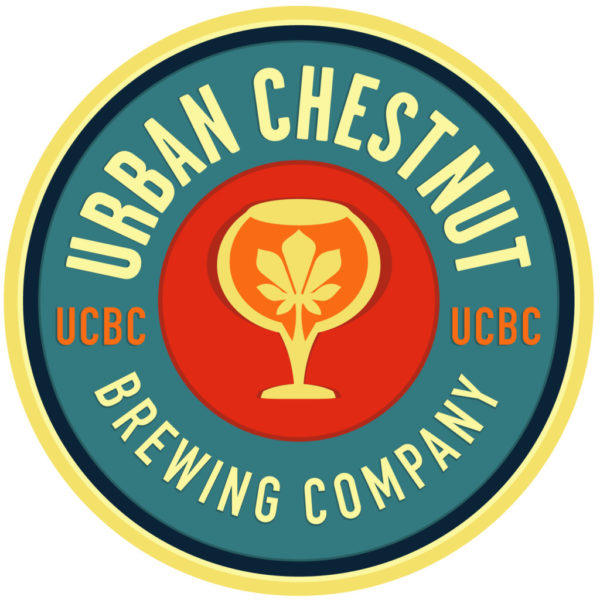 Even before Urban Chestnut announced their huge expansion plans and an apparent intent to be the biggest craft brewery in the state, these guys were on our radar. With fun beers like the Zucker Weisse, the STLIPA and Schnickelfritz Hefeweizen, it’s not hard to see why.

Arrangements to bring them to Chicago for this year’s South of 80 extravaganza date all the way back to last year and beyond, so we’re very glad to be able to be the very first to show you what these guys can do. Urban Chestnut’s appearance at The Green Lady next week will be their very first time pouring in Chicago, and we do hope you can join us.

More From GDB:  ANNOUNCING: The 4th Annual South of 80: A Celebration of Downstate Brewers

Why are we so excited? Well, other than the “Exceptional” rating they earn from Beer Advocate users, and being named one of the Best Beers of the Future as well as described as “refined” by Food & Wine Magazine and a philosophy that features both “Refined” classic styles as well as “Revolution” themed unique offerings…no, actually, that’s exactly why we’re excited.

While we’re at it, let’s highlight one of the Urban Chestnut beers that will be joining us at South of 80 2.0. STL expats and German lager fans prepare to rejoice: They’re bringing Zwickel.

Line forms to the left: 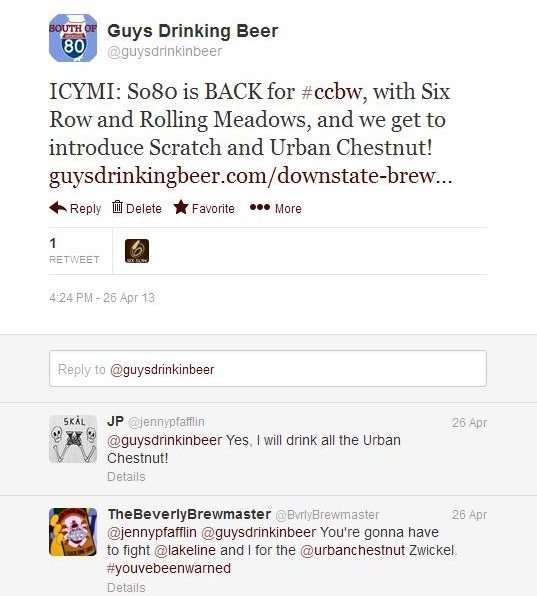 Our flagship lager, pronounced ‘zv-ick-el’, is an unfiltered, unpasteurized, German classic that finishes as a smooth-drinking, vitamin rich (from the yeast), naturally cloudy bier.

Like we say at the end of all these Snapshots: You’re going to want to be here. (We mean it every single time we say it, too!)

We’ll be releasing the Tap List soon, with a full list of all the beers that’ll be poured next Tuesday, and we’re posting it on Facebook first. Don’t forget to “Like” us over there to be among the first to know what the heck we’ll all be drinking that night.

A reminder: While many Chicago Craft Beer Week events require tickets for admission, South of 80 2.0 is free to attend: just show up, drink the beer and enjoy. It’s our pleasure to help facilitate new and interesting brewers to come to Chicago; all we ask is that you join us to enjoy their efforts.

South of 80 2.0 takes place Tuesday, May 21st starting at 7 p.m. at The Green Lady in Lakeview. Beers from multiple downstate and St. Louis breweries will be on hand, many available in Chicago for the first time.

While there are many events taking place throughout the week, we do hope you’ll join us for a beer and help us raise a toast to the under-appreciated and under-recognized brewers that exist South of 80.