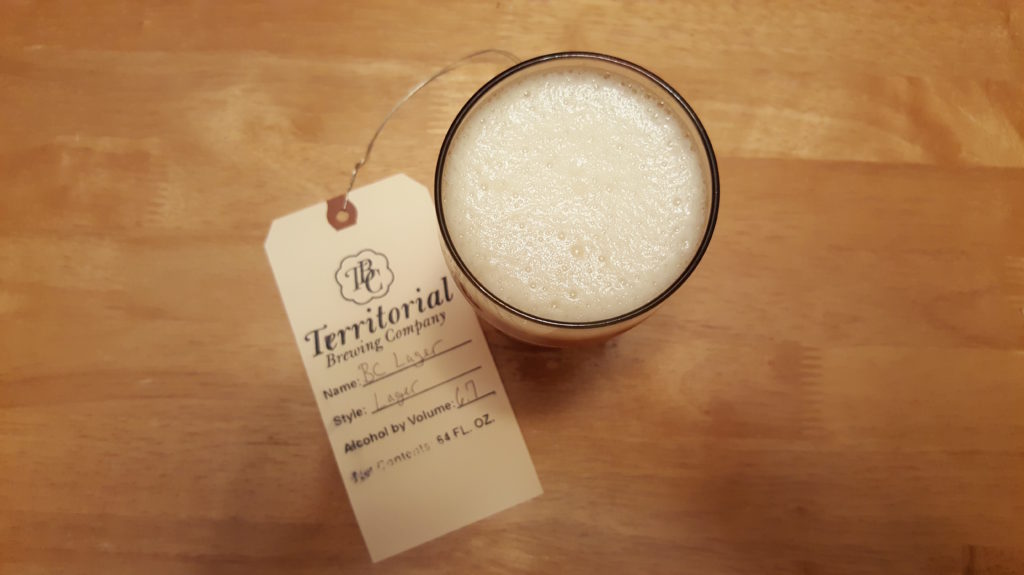 Michigan’s Territorial Brewing Company offers a slice of Bavaria, without having to go to Frankenmuth, while brewing lagers that rival the likes of Chicago’s Metropolitan and Dovetail.

Nestled near the W.K. Kellogg Airport, a city-owned airport used by private citizens, Western Michigan University and the Battle Creek Air National Guard, sits Territorial Brewing Company. The Battle Creek brewery offers a little slice of Bavaria for those too far from Frankenmuth (known as Michigan’s Little Bavaria) with a menu stocked with German-inspired food and beer, all with the facade of a upscale VFW hall.

While much of the craft beer world has been seeking the haziest of hazy or bemoaning the pastry stout, I’ve been on a quest for a classic German lager. And they’re getting harder and harder to find.

An unseasonably warm, October afternoon bellied up at one of the handful of seats at Territorial Brewing changed all of that. The small brewery is producing lagers that rival the likes of those brewed at Chicago’s Metropolitan and Dovetail Brewing. The beers are clean, bright and true to style: And it arguably starts with their Battle Creek Lager.

Named after the city the brewery calls home, Battle Creek Lager is crisp, yet slightly drying with delicate notes of whole grain bread and honey. It’s a touch sweet, with out overdoing it, and finishes with a an herbal and slightly spicy hop-bite. It’s remarkably easy drinking, however it does clock in a respectable 7 percent ABV.

The best-seller at Territorial however is their pilsner, Big Yellow Truck. It’s an easy-drinking pils at 5.1 percent ABV with clean lacing and crisp on the palate.

Other highlights of my brief visit to Territorial included Doug Machine, a SMaSH Lager made with a single hop and single malt. In this case it was Michigan Copper hops and German Munich malt. The two combined for a citrus-forward lager balanced by sweet caramel notes in the finish.

Unicorn Schwarz combined the notes of a schwarzbier with the banana bread and clove flavors synonymous with a dunkel or hefeweizen, creating a unique and enjoyable Schwarz-Weizen. Finally, Fall For One, a mild take on a harvest lager using freshly-picked hops.

The lager and pils were true-to-style while the SMaSH lager, Schwarz-Weizen and harvest lager took a classic style, or styles, and took things to a new level.

Add it to the itinerary

Chicagoans that routinely make beer pilgrimages to Michigan would be wise to add Territorial Brewing to their list.

The brewery is a ten minute jaunt north of I-94 and is conveniently sandwiched between Bell’s and Dark Horse. Besides, those lagers would make a nice palate cleanser between Bell’s Eccentric Cafe one-offs and the aggressive everything that is Dark Horse.