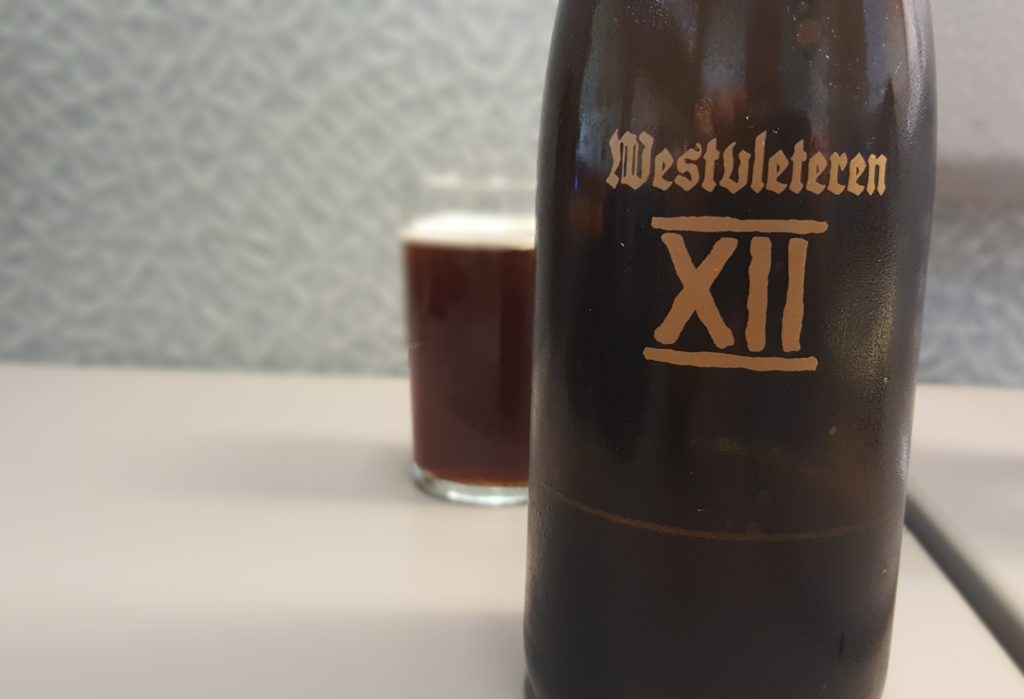 Long before white whale lists pushed 50 beers deep — or even 10 beers — and way before #whalezbro, there existed arguably the palest of all white whales on beer lovers ISO:FT list: Trappist Westvleteren 12 (XII), or Westy 12.

I’ll let the message boards debate ad nauseam if this beer is still deserving of such high praise, or ever was. However, the sheer lengths a person must go to to get this beer certainly adds to the white whale status. In order to get your hands on a bottle of Westy 12, one must:

However, in 2012, Westy 12 was available for the first and only time at retailers across the U.S. as part of a fundraising push by the monastery to make some much-needed renovations and repairs. Those 6 packs, which came with two chalices, went on sale Dec. 12.

Here’s a glimpse at our tasting notes of a fresh pour:

It took a few sips to really begin to experience, and appreciate, the complex flavors of the Westvleteren 12 – in part because it’s hard to get past the velvety smooth and creamy mouthfeel of this beer. It’s almost like those first few bites into a cream-filled piece of chocolate candy.

Flavors of dark fruits, namely plums and raisins, mix wonderfully with apple butter on toast or honey on a flaky biscuit. It’s like a high-brow continental breakfast in a glass.

Earlier this year, I cracked a bottle to share with a few co-workers, hence the photo of a cubicle pour, and here’s what we found:

A five-year-old pour of Westy 12 is a deep mahogany in color with champagne-like carbonation and a thick, fluffy eggshell in color head. The effervescence was surprising given the age of the beer and made for a nice vehicle for the rich flavors of the OG white whale.

The nose is hearty, giving off aromas of plums, dates, warm caramel and black cherries. Tingly carbonation carries caramelized stone fruits, pillow-y biscuits, sticky honey, cherries, figs and raisins across the palate. It was like liquid cotton candy. The finish was a tad dry with a balance of warming alcohol.

This beer is aging wonderfully after four years in the cellar and could certainly hold up to even more time in the depths, which is good news because I’m holding a bottle back to share with my oldest daughter when she turns 21 — in 2034.