We asked a few brewers what they’re bringing to town for this 2017 FoBAB Beer Preview. And they told us! (Mostly.)

Traditionally, the brewery lineup and beer selections for FoBAB are kept a big surprise until the first guests walk through the doors on Friday night. A few weeks ago, the ICBG decided to break with that tradition and announced the roster of breweries, cideries and mead-makers who would be attending and participating in the annual barrel-aged beer festival.

Since we’ve know who will be sending beer, we decided to reach out to some of our favorite breweries to see what they’d be willing to tell us about the beers they plan to send. And we’ve got good news — sounds like some big award winners and very sought-after options will be pouring.

Tickets to FoBAB, by the way, are still available for the evening sessions.

Here’s what we discovered: 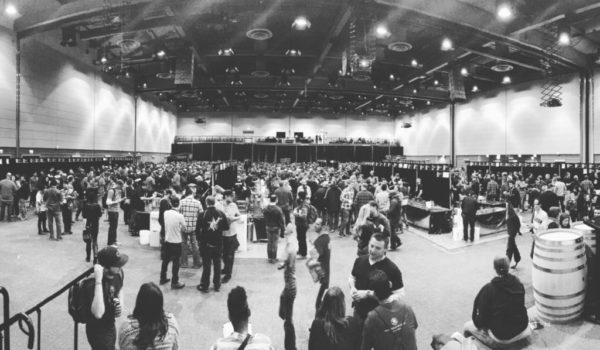 This Colorado brewery was the belle of the FoBAB ball last year with many attendees loving their barrel-aged wild beer, Peach Climacteric.

After their recent big GABF gold medal win in the Wood- and Barrel-Aged Strong Stout category this year, the big question on my mind was: Would Weldwerks be kind enough to send us some Medianoche? The answer, my friends, is yes.

The Weldwerks team wouldn’t let on as to what variants of the beer they’d be sending, but per brewer Neil Fisher, they are “definitely sending two different versions of Medianoche, one of which has yet to be released (and it might be my favorite one to date).”

I’m lining up for this one ASAP, and not just because because it’s reportedly a great beer — Denver’s Westword calls it “one of the best barrel-aged imperial stouts in the state.” Per this story, the brewers intend to use sales of the beer (helped by the massive online hype any medal-winning BA beer gets) to help give back to the Greeley, Colorado community.

This year’s brewery restrictions cut submissions down to two beers per brewing location, but since DESTIHL opened up their massive production facility in May, they’re able to send six beers to compete in the event.

If you’re hoping their famed Dosvidanya stout will be returning, good news. The original, which won Best In Show in 2015,  will be making an appearance, along with the Gold-Medal winning Dosvidanya Rye and also a Vanilla Rye variant as well.

Along with that, we’ll be seeing their Antiquity Rye Wine (“one of our favorites,” says owner/brewer Matt Potts), their Saint Dekkera Fraise and silver-medal winning Saint Dekkera Framboise.

Based on the line for Duck Duck Gooze last year (as well as how quickly it tapped out) I wanted to see if they were planning to send that again. The answer to that was “no,” but we should be seeing their Veritas 019 French Oak Aged Raspberry Sour, along with their Oldest Viscosity imperial stout, “aged in 23-year-old Evan Williams barrels” according to a brewery representative.

My main motivation for reaching out to FFF was to see if there was any chance whatsoever they’d be sending Dark Lord. I know, unlikely, but I wanted to see. The answer was no — they’re sending their barrel-aged Crack the Skye and don’t believe they’ve ever sent any DL to FoBAB.

That said, the annual “Dice of Doom” Kaiser Tiger gathering on the same Saturday as FoBAB is set to return, where they pour wild stuff like a shot of Dark Lord barrel aged Malört, a pour of Dark Lord, a pour of Malört BA Dark Lord … or you could just win a piece of bacon.

Either way, the only way to get a taste of that lunacy is with a literal roll of the dice and a donation to charity. 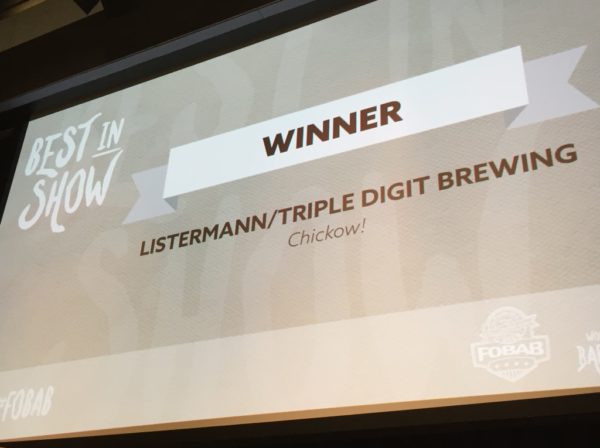 This Cincinnati brewery combo had a big winner last year with their Chickow! brown ale, which took home Best in Show. This year’s version (which also spent time in Heaven Hill barrels) is returning along with a brandy-barrel-aged version.

Side note: if you’re planning a hearty pre-FoBAB meal, you might want to consider heading to Little Italy for a beef (dipped, hot is our preference). According to Triple Digit / Listermann GM Jason Brewer, “we … have to thank Al’s Italian Beef for the win last year. They are our pre-ceremony meal that brings us good luck every year!”

Has anyone ever made a giardinera-infused or spiced beer? If not, who’s up for the challenge? (Looking at you, Marz.)

Rev’s releasing their brand new line of Deep Wood series barrel-aged beers in cans starting the week after FoBAB, so this year serves as a bit of a testing ground for at least one of those brews. Between the brewpub and the Kedzie facility, we are told we’ll see four beers from the city’s largest independent craft brewer.

Show up to find VSOD and VSOJ (Very Special Old Deth and [Straight]Jacket, respectively), as well as a barrel-aged Working Woman Brown and one more option to be named later. 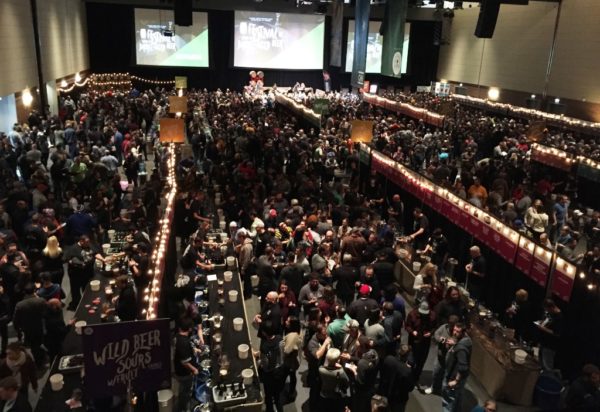 Do you like barrel-aged Malevolence Caliente stout and Belligerent Bob barleywine?

Because guess what! You’re gonna get to try barrel-aged Caliente and Belligerent Bob.

Seriously though, that Caliente rules. Both stout and barleywine are 2015 FoBAB medal winners.

Per a brewery representative, the “non-exhaustive list of beers being poured at FoBAB” includes five of the six 2017 Bourbon County Variants (Knob Creek Reserve is not listed), as well as Brasserie Blanc, Grand Prestige, Gillian, Foudre 1, Cooper 1 and Cooper 3 (we loved the Foudre when we tried it).

That said, the use of the phrase “non-exhaustive” is clearly an indication that other stuff is probably show up. Like that Double Barrel BCS. I wouldn’t be surprised if that gets announced via Twitter, and we’ll know when it does as soon as we see a line start wrapping around the entire room to get some.

Finally, we did reach out to Jester King in the hopes that we’d see the return of one of their SPON beers. No word. Keep hoping. Some things are okay to be kept secret. Surprises are fun.

We hope we didn’t ruin your visit to the event — and maybe some of you found a reason to spend the $85 for a ticket this year.