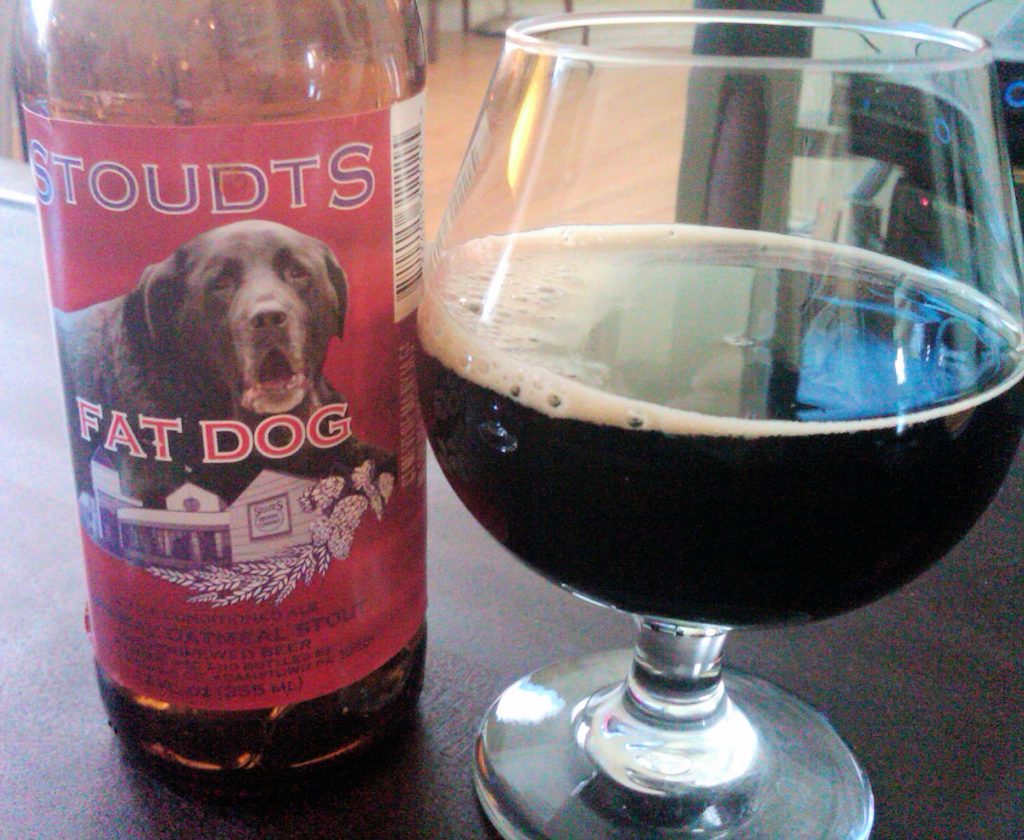 This unique ale merges the smooth and complex richness of an Oatmeal Stout with the assertive hoppiness of Imperial Stout.


(EDITORS NOTE: This bottle was dated April of 2009.  It was sampled again in April of 2010 and November of 2010.  Below are the tasting notes from the year mark and the year-and-a-half mark)

Ryan: I picked this up last April and set four bottles aside to cellar.  This one has been sitting comfortably for a year, so why not break it out and see how it’s developing.

This beer pours jet black with a teeny bit of white head that leaves a thin lacing behind after the first sip.  Lots of oats in the nose.

This beer has thinned out a bit since I first sampled it last year.  It still retains a bit of booze and heat in the taste, though.  The flavors have developed nicely.  There is a bit of chocolate and black licorice on the palate.  There’s also a  little oak or nuttiness in the finish once this warms up.

This beer was very good fresh and is holding well in the cellar.  I want to give it just a little bit longer to see if this beer peaks at one year or if it still has some room to develop.

Andrew: Oh Imperial Oatmeal Stouts, how I love thee…sorry, I’ll clean up the drool later. This beer poured dark, really dark, but not as thick as I thought it would, and very little head. Nice, clean smell of oatmeal, chocolate and a coffee. The flavors were well balanced and I noted that this beer “tasted like an oatmeal stout should taste like.”

The beer was extremely smooth and I really liked the warm, oaky finish that left a bit of a burning sensation on the way down. I didn’t think there were any overwhelmingly special qualities to this beer – just all around solid.

Ryan: It has now been a year-and-half, give or take a month, since I first purchased and sampled the Fat Dog from Stoudts.  The reason I initially decided to cellar it is because the internet told me to, or at least a thread on beer advocate told me I could.  I recall the thread saying this was one of the few oatmeal stouts that could hold up to cellaring.  So, I thought I would put it to the test.  And it passed, quite well actually.

If you skimmed the review above you’ll note that chocolate, coffee, fresh bread and booze dominated the nose.  After six months plus in the cellar the alcohol was still present but it was not as pronounced.  I also did not detect as much of the a-typical aromas of chocolate and coffee.  Instead, I was greeted with warm brown sugar and raisins.

The body remained fairly thin, but this beer has grown much more complex.  Again, the chocolate and coffee notes have taken a backseat to an almond-like nuttiness, brown sugar, plums, dates and a milk chocolate finish.  The dark fruits are rather alluring and the brown sugar adds a pleasant sweetness to this beer. I may actually like this better with 18 months on it than I did when it was fresh.

It’s little experiments like this that make cellaring beer fun.  Sadly, that was the last bottle of this in the cellar.  I may revisit it, though, and pick up a few more bottles at some point.  I’d like to see how this beer continues to develop past the year-and-a-half mark.