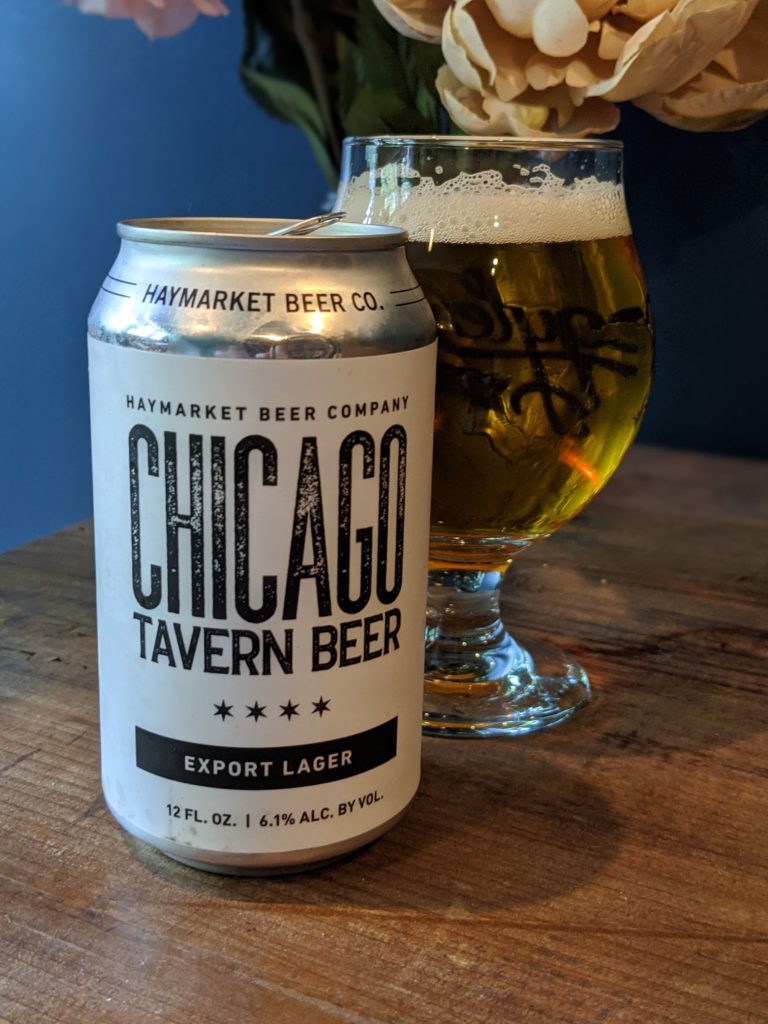 When a rep from Haymarket Brewing dropped off a few beers earlier in the pandemic (safely no-contact and from a respectable outdoor difference, of course) we were happy to give them a shot.

We’ve had a passing familiarity with Haymarket and their beers throughout the years but none of them — even their famed Defender Stout — seems to have managed to cross through into genuine “classic Chicago beer” territory.

This straightforward dortmunder lager is a nice, crisp, bright drinkin’ beer. Haymarket calls it “beer flavored beer” and that’s exactly what it is.

Super clean, lager crisp, yet still impressively rich — this Chicago Tavern Beer walks right up to the line of being syrupy and then takes just a tiny step back. Delicate caramel sweetness hangs out around the finish right before a little whipcrack of hop bitterness, inviting another sip.

It’s solid stuff that speaks to the 6.1% ABV inside. A stronger than usual “basic beer” for a tough city.

Based on the name I was expecting an Old Style clone, and honestly, I wouldn’t have been mad about a basic adjunct lager. This is not quite an imperial Old Style, but everything seems stepped up at least 40%. And would I mind seeing Haymarket “H” signs dangling outside divey taverns the same way that Old Style signs have come to symbolize a great, unpretentious place to drink? Not at all.

And it’s eminently drinkable. I don’t know what the economics of making something like this looks like, but if this simple-yet-satisfying beer was a backstop option in any bar in the city (especially for around a $4 pint — you know, for the workingman’s pocketbook), I’d be hard pressed not to order at least one.

It’s a patio beer. It’s a “day drinking on the beachfront (when we can)” kind of beer. And this is absolutely a ballgame beer. (And I’m now missing having the option of the one Sox/Tigers games I go to a year.)

I didn’t expect them to go all Dortmunder for this kind of beer — I expected your basic American-style lager and nothing more. Still, I’m plenty glad they stretched this into a sliding triple instead of just taking first.

We don’t really think of Haymarket as being a big lager brewer. Maybe we should start. Think they’ve got room at Great Central to start scaling this up? Maybe offer it at Wrigley whenever ball games start? With shouts of “Tavern Beer here!” rolling through the stands?

*This beer was provided gratis by the brewery.