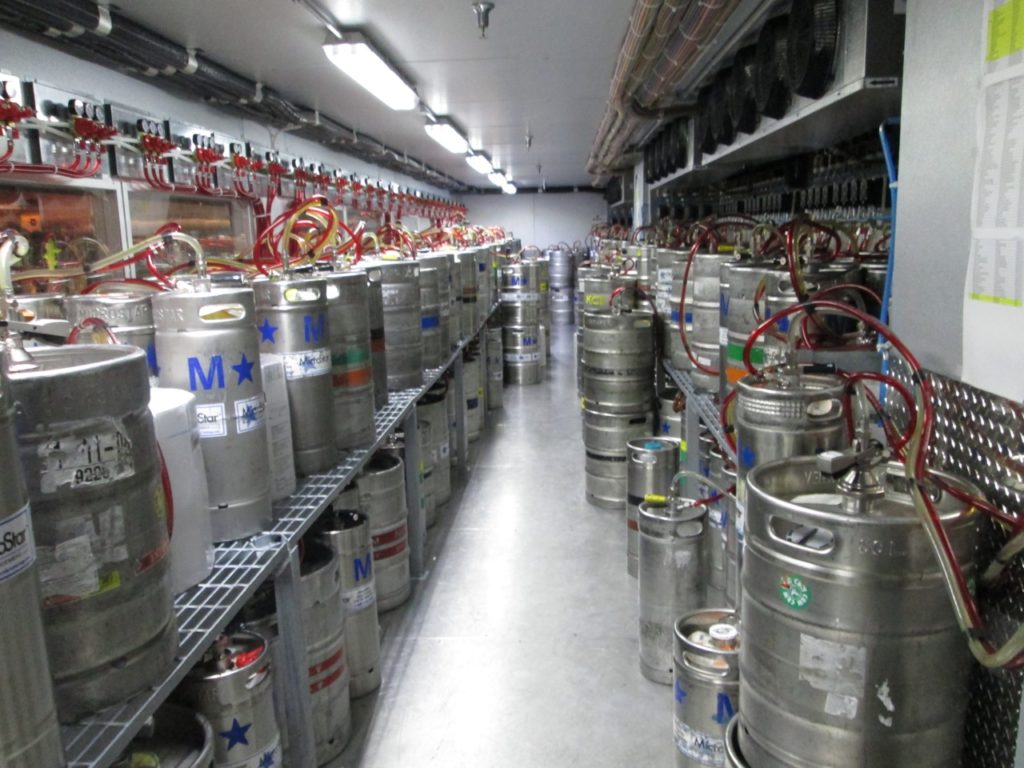 While the rest of Chicago’s craft beer world was checking out Dryhop late last week, my curiosity drew me over to Michigan Avenue to check out Howells & Hood, the oft-discussed restaurant and bar from Bottleneck Management with 360 – again, yes, that’s three hundred and sixty – draft lines. And when I walked in, I expected to leave with my cynicism intact. How could anyone maintain that much freaking beer in one place?

After seeing it…I think they might just pull it off. 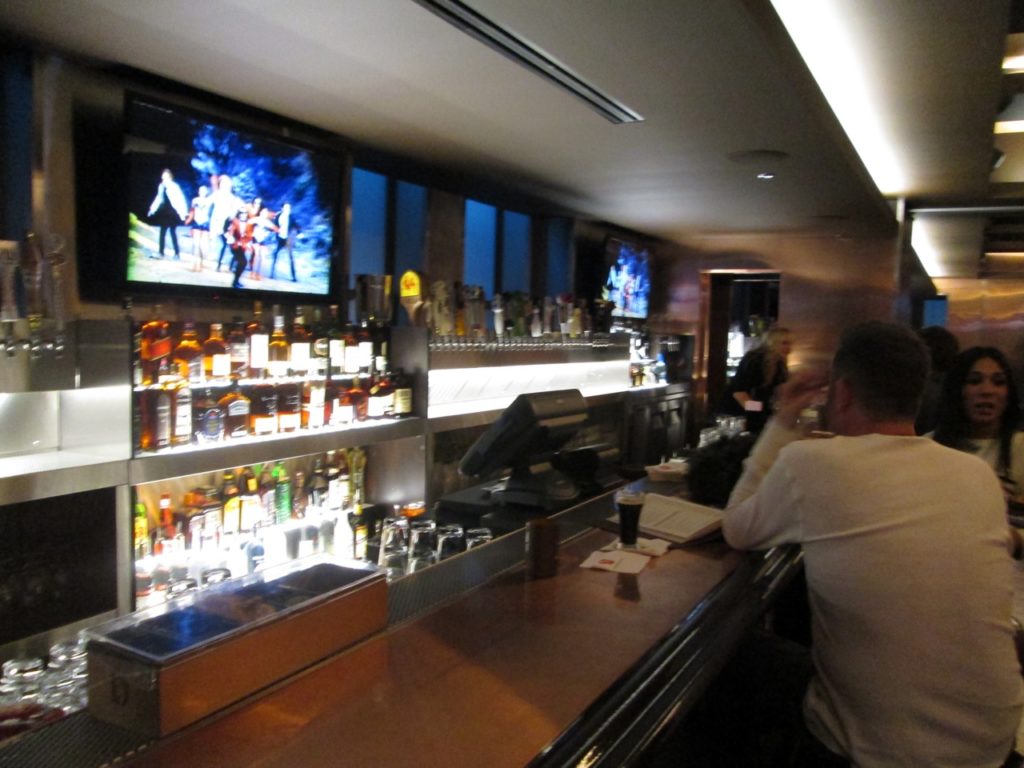 A pretty terrible picture of a few dozen of H&H’s many, many draft handles.

First, let’s take a moment to acknowledge the pure balls of it: Dropping a craft beer-centric restaurant right in the heart of Michigan Avenue in one of the city’s most recognizable buildings in Chicago (and one of my personal favorites – I consider it akin to our Buckingham Palace) and offering more tap handles than arguably any other place in the world takes some serious stones. So credit where credit is due.

It takes a large space to fit those stones, and this place has square footage to spare: the patio can fit upwards of 400, and the interior can fit another 400 between two different dining rooms, meaning there’s plenty of seats to put beer in front of.

The 120 taps are nearly entirely craft brew: Yes, there are handles of Bud Light, Miller Light, Coors Light, Guinness and Pacifico, as well as familiar options like Stella Artois, but mostly those are relegated to the far ends of the bars. That was done purposefully – the lion’s share of the attention is naturally drawn to the other hundred-plus craft beers available on draft. 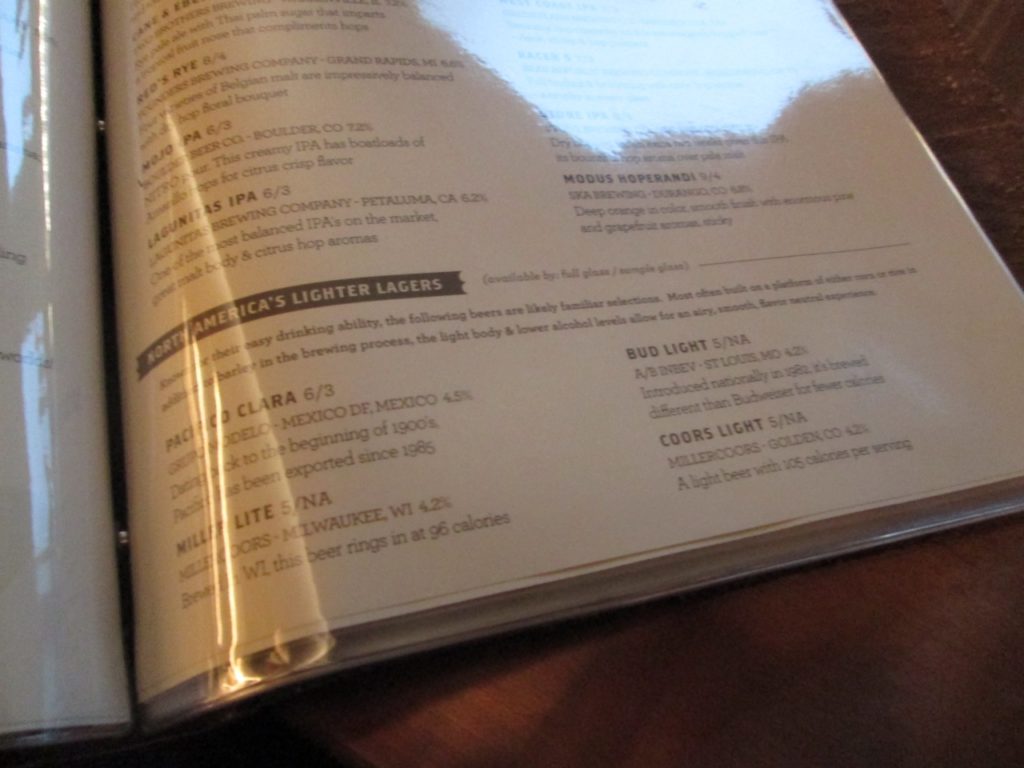 That’s the tiny section of the multi-page beer list focusing on “North America’s Lighter Lagers.” BMC and Pacifico are represented, and that’s it. No MGD and MGD Light, no Bud Light Lime-A-Rita. That was quite heartening to see. And when we say “on draft,” it means just that – the only bottles we saw held liquor, so if you want a beer, you’re going to get it poured from a keg, which I can respect.

Which leads to our next question, asked of me about a dozen times the afternoon before I headed to Boul Mich to check this place out. “What about the kegs? How many kegs will they have? How can they keep all those beers on draft? That’s too many kegs! I don’t know how they can do it.”

That’s a lot of kegs.

That’s a good 360 half-barrels and sixth-barrels, all lined up in a pretty little row, ready to pour out of 360 tap handles. When I asked how they planned to handle turnover and keep track of all these many, many barrels of beer, they were quite honest: They didn’t know just yet. But considering what I learned just a few minutes earlier – that another Bottleneck property, the Draft Mag-praised Old Town Pour House, has 90 unique beers on (what I believe are) over 100 taps of their own – I think they’ll be able to figure it out.

We always considered Old Town Pour House a little pricey, but considering that you’re drinking on some very expensive real estate those similarly-priced beers at Howells are more in line with what we were expecting. Still, order intelligently: Looking at the current list, you probably don’t need to pay $12 for a Kwak or $8 for a Finch’s Threadless IPA, but $6 for a Lagunitas New Dogtown or a Daisy Cutter is a fair ask, and considering the higher ABV, $6 for an Old Rasputin seems downright fair.

As far as location goes, who wouldn’t want to have a few beers on the patio in the summer with this as their backdrop? 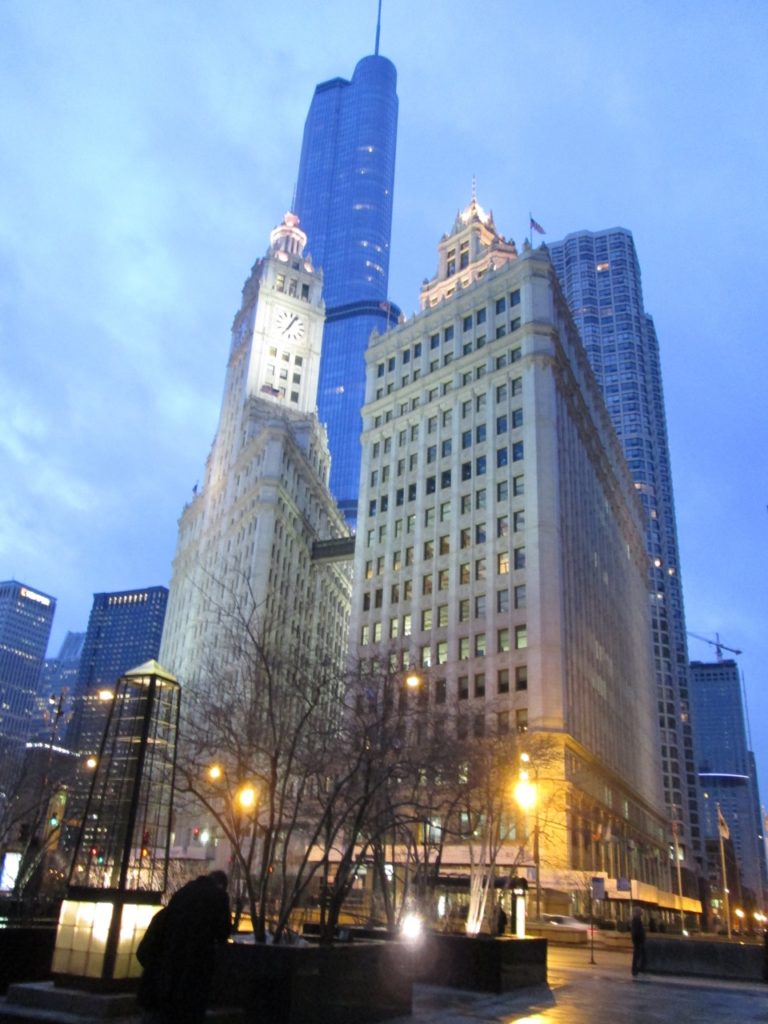 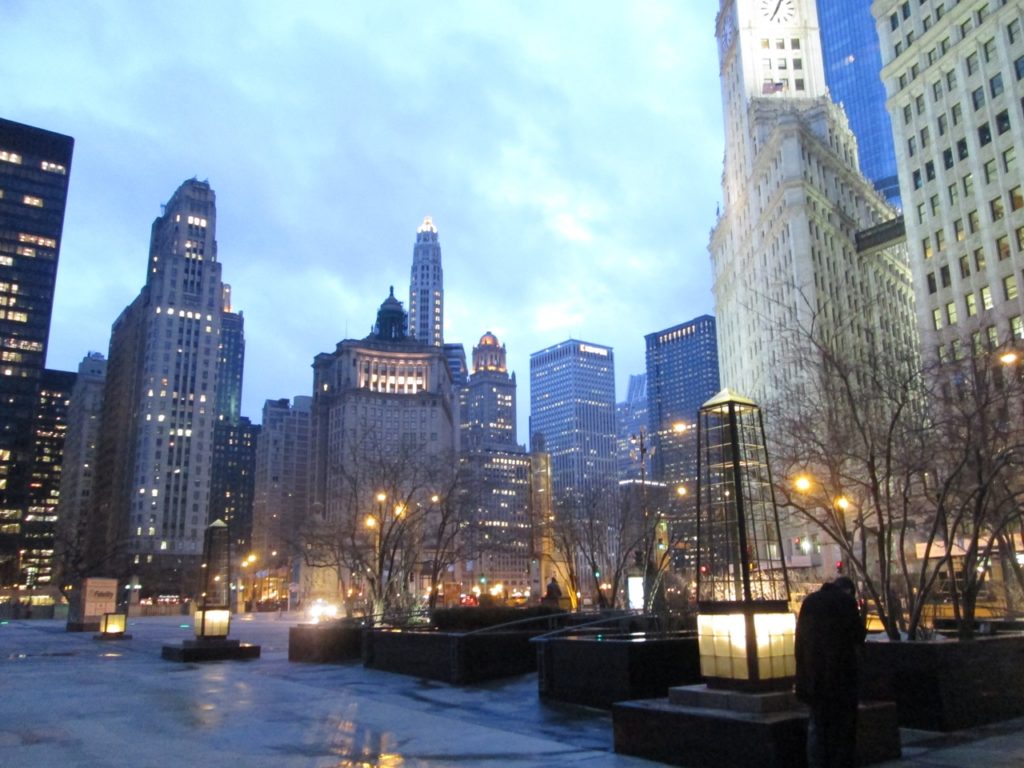 Bottom line: A media pre-opening when everything is shiny and new is one thing. Where they are in six months will reveal a little bit more about what the market is willing to support. If they still have 114 different brews available, great. If downtown business-lunch accounts and tourist wallets demand Old Style and Old Style Light on hand, well, that’ll be disappointing.

But we’ll see, won’t we? We’ve already set a calendar reminder for a post-summer revisit. Time will tell.