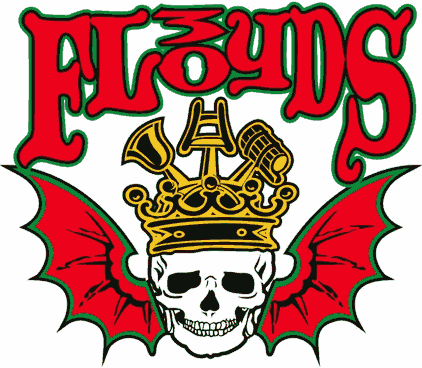 UPDATE (9:30 am 5/20): Late Tuesday night, Three Floyds Brewing owner Nick Floyd confirmed to the Chicago Tribune that their famed brewpub would be closed “indefinitely,” with hopes of maybe re-opening sometime in 2021 or 2022.

Floyd also confirmed that brewpub staff had been let go, which he described as “the most painful thing I have had to do.” He said the actions were a result of his fear of putting people in danger due to the COVID-19 pandemic.

The production brewery and distillery production spaces continue to operate.

UPDATE (12 p.m. 5/20): Three Floyds posted a statement about the indefinite closure to their Facebook page.

Our inbox started filling early this morning with tips about what could be the end of the road for one of craft beer’s original – and most-talked-about – brewpubs.

Staff at Three Floyds Brewing said they were notified Monday night that the Three Floyds Brewpub won’t be re-opening, even after COVID-19 restrictions are lifted, according to multiple people.

Ironically, those termination calls were delivered on the first day Indiana breweries were allowed to partially re-open and just two days after what would have been the annual Dark Lord Day festival.

No reason was given, they said, and blindsided staff are still in a state of shock. Curbside service to-go continues outside the brewpub doors – for now.

Our outreach to Three Floyds has gone unanswered, though this isn’t a surprise — FFF is notoriously tight lipped.

It’s been over two years since renderings emerged showing plans for a new multi-million-dollar craft beer playground in Munster, Ind., but since then, construction has been noticeably non-existent and no updates have been publicly provided.

As that massive expansion went on the back burner, they added a second production facility and a distillery. Distillery tasting room staff reportedly received notification of the same closure plan during their own Monday termination calls.

Could the brewpub closure simply be an extended pause, in advance of the complete leveling and re-building of it all? Perhaps.

More From GDB:  Uncle Fatty's is Dead, Long Live Pinball at Headquarters Beercade (And We Called It!)

Or have the Floyds decided to take the #notnormal route and pivot away from a brewpub to focus all their resources on off-premise sales? Also perhaps.

What is sure is the brewery’s continued popularity — just six weeks ago, the Brewers Association announced that Floyds is now the 31st-largest craft brewery in the country, a huge jump up from the previous year’s ranking of 39th largest.

What’s also sure is that the brewpub was distinctly unique and, as the Floyds’ brothers long wanted, “not normal.”

If this is indeed the end, we’ll miss the cozy confines, the B-list horror movies, drinking a Dreadnaught to the melodic hum of bands like Sleep and Earth, as well as the more standardly aggressive sounds of bands like High On Fire and Eyehategod. Not to mention a kitchen that exceeded every expectation of what a brewpub can provide, as well as a group of lovably misfit staff that served as perfect ambassadors for the brand.

Those characters – and characteristics – gave the Northwest Indiana beer scene some unexpected swagger.

More From GDB:  The Year in Beer: The 2014 Chicago Craft Beer Almanac

Here’s hoping it’s not the end.

(Ed: This post has also been updated to fix the spelling of Eyehategod. GDB regrets the error.)

Is the Three Floyds Brewpub Closed for Good? (UPDATED x2) was last modified: May 20th, 2020 by Steve