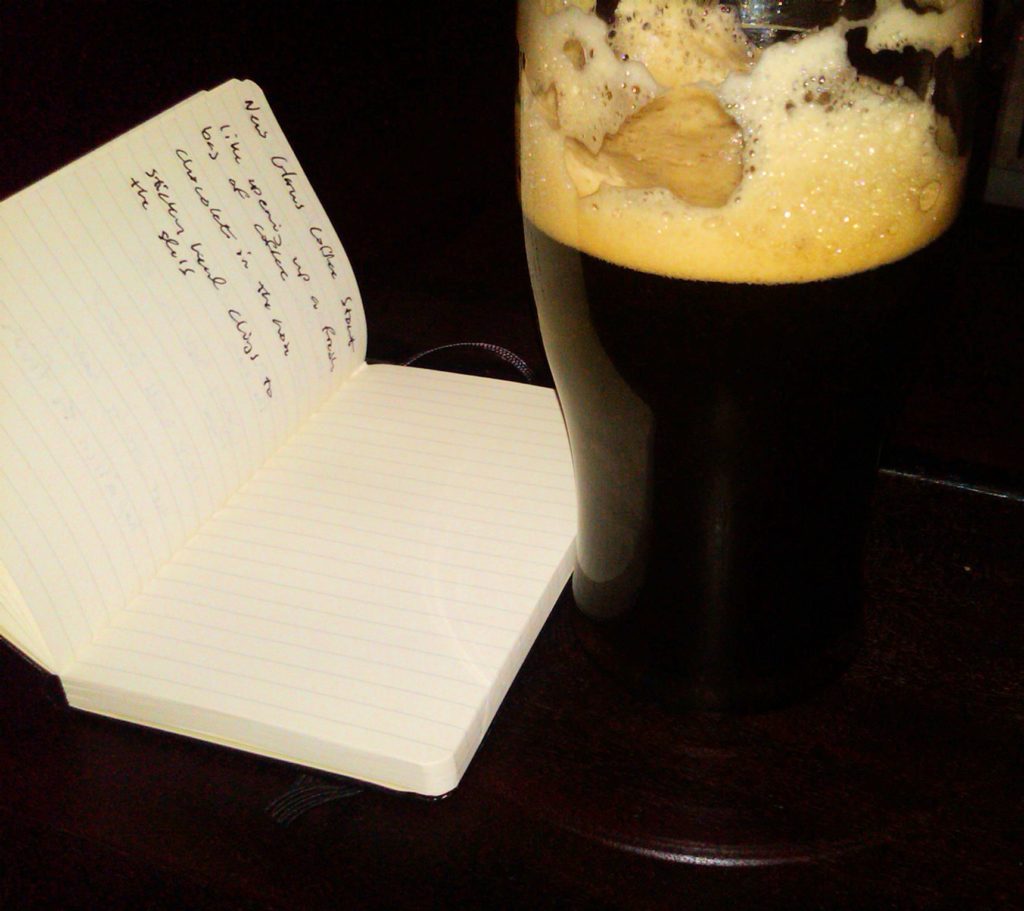 Hearty and satisfying, our Coffee Stout is the ultimate full-bodied brew. Wisconsin water, roasted malts, and imported hops are the natural ingredients we use to brew this bier. Then cold pressed organic coffee from Just Coffee Co-op is infused into the brew.


I sure do love me a good coffee stout.  The rich coffee aroma and flavors mixing with a bit of chocolate.  Nothing beats it.  And this offering from New Glarus did not disappoint.

First off, as you can see in the picture, this beer pours tar black and leaves behind clumps of tan, sticky head that you can’t shake loose from the glass no matter how hard you try.  But, really, why would you want to?

Stick your nose in and it’s like opening up a fresh bag of coffee.  There is also a hint of chocolate as well.

At first sip this beer is much lighter than I expected.  The coffee flavor still dominates but it is more of an iced coffee/cappuccino flavor than a robust coffee taste. And it is not nearly as overpowering as the smell is, making for an easy drinker.

The fact that this beer is as light in body makes it very refreshing.  I typically reserve my stout drinking for the colder months but I could easily drink this in to spring or at the brink of fall.  A tasty, sessionable coffee stout.