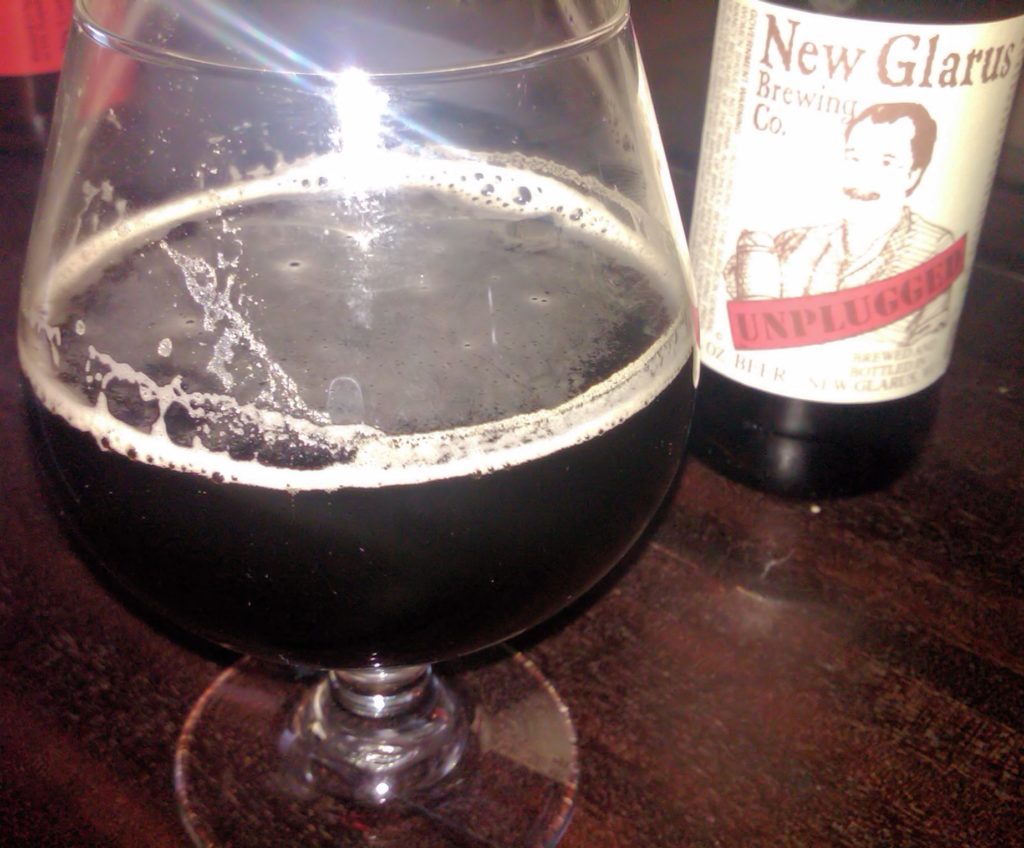 “This ale is aged in Oak barrels to promote the spontaneous fermentation. Eight Wisconsin malted barleys combined with Wisconsin Montmorency Cherries make for a complex and sublime taste experience that you may never find again.”


Andrew: I don’t know what’s wrong with some folks, but this was a very enjoyable, fun beer. If you ever wanted to actually drink chocolate covered cherries, this is your beer!

The beer poured with very little head and was ruby-red in color, the smell of cherries was unmistakable. It was an incredibly smooth and thick beer, I felt like it was coating my tongue and my throat as I tasted it. As for the taste – as I said above, like drinking chocolate covered cherries or cherry-chocolate milkshake. I think we need to pick up a few more of these…

Ryan:  This beer pours thick and dark and it smells like a truckload of cherries.  WOW.  And while the smell is most definitely strong it is not overpowering.  In fact, it’s rather pleasant.

At first taste you get exactly what you smelled.  Cherries.  And lots of them.  What really caught me off guard, though, is how thick this beer is.  It almost has the consistency of a milkshake.  And it just coats everything it comes in contact with.

As Andrew noted, the taste is dominated by chocolate and cherries.  And, yes, it really does taste like a chocolate covered cherry.

I have always been a little hesitant of fruit stouts but this was a home run from New Glarus.