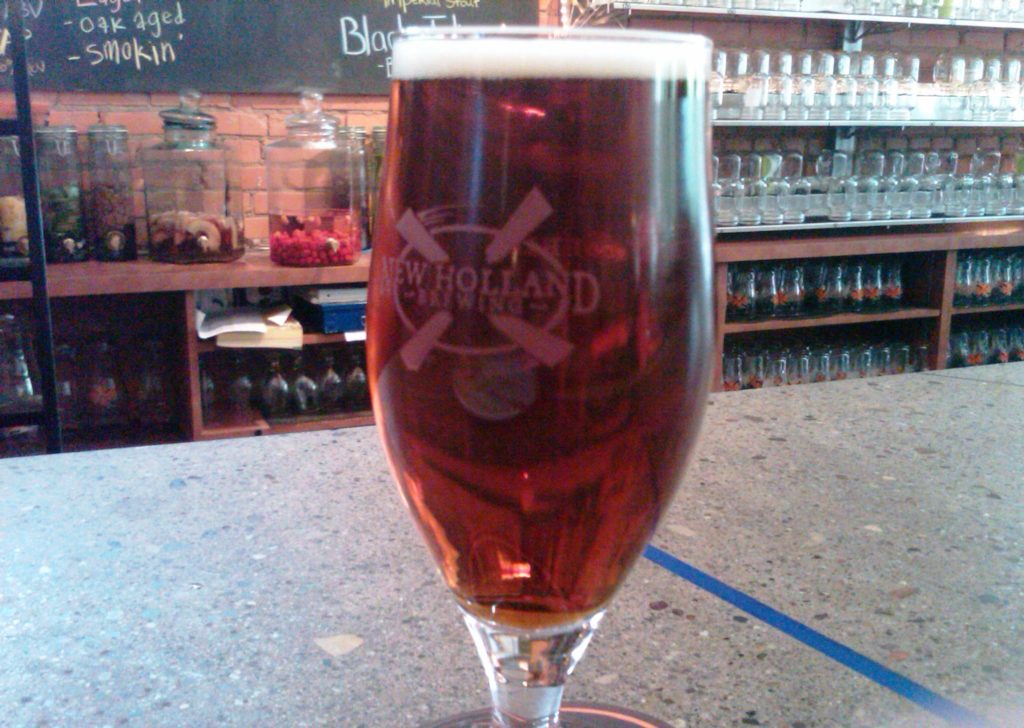 “Little John’s local bees create a spring wildflower-honey that lends a sweet, earthy complexity to a traditional style of beer with a balancing snap of ginger in the finish.”

Ryan: I had this on tap at New Holland during a brief stop for lunch.  Before I get in to the beer let me say, if you have never been to New Holland in Holland, MI it’s worth a stop.  The food was very good, the staff knows how to pour and there were a number of brewpub only offerings; including four different kinds of Mad Hatter (imperial, farmhouse, smoke and oak).

As for the beer I sampled, well, the makeup was very intriguing; a *Belgian Tripel brewed with honey and ginger.  I love a good tripel with all of the banana, cloves and bubble gum aromas and flavors.  It’s a fantastic summer beer when you want something a little bit more than a session beer..  And, what could make it better than tossing in some honey and ginger to truly – um – sweeten the deal?

This beer poured much darker than I expected, burnt orange almost, but very clear.  The nose is very complex.  You get a bit of banana and cloves, loads of ginger and just a little hint of honey.  It tasted as equally complex with a subtle honey sweetness to start followed by the cloves and banana and finishing with a pop of ginger.

The carbonation was fantastic which adds to the drinkability.  In fact, I liked this so much I took home a growler to the wife, who is also a big tripel fan, and she loved it.

This beer is now out in 22 oz bottles.  If you stumble across one it is worth picking up.

*Beer Advocate is considering this a saison or farmhouse ale.  I can’t say I agree with that so I am going to keep it a tripel.