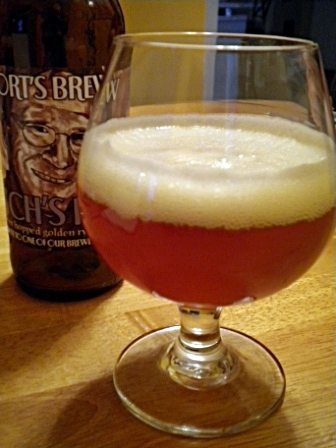 “Our high alpha dwarf hop rye Munich ale, is named after an important part of our brewery. It’s lightly copper in color and super aromatic. Highly resinous hops are used throughout the boil and dry hop, lending a unique relationship derived from the rye and Munich malts. Surely a hop heads delight!”

Karl: Now, I like rye in my beer every now and again – Founders Red Rye has been a lifesaver once or twice – but hot damn, is this a rye-squared kind of beer.

The Short’s Rich’s Rye pours a nice orange-brown with a thick-assed head that takes its sweet time to dissipate.  You can smell a sackful of fresh hops and a barrel of rye on the front – enough to make you wonder, is there anything else in here?  Is there a backbone behind all this upfront asskickery?

Short answer:  Not really.  This is essentially a DIPA without the thick malt body, without the syrupy characteristics, without the general heartiness of a fresh superhopped beer.

It’s lighter in feel (by just a little bit) but not flavor – after you get the hops out of the way, you get a looooooooooong tail of rye taking over the entire palate.  And this beer has a huge aftertaste – it goes on, and on, and on, like the Journey song describes.  (Born and raised in South Detroit!)

I appreciated that there’s a little touch of carbonated sweetness right up front, very reminiscent of ginger ale.  That only lasts a second, though, as it’s obliterated by that rush of hops and rye blowing it out of the water…er, beer.

This is a one-and-done kind of brew.  I don’t see myself having more than 12 oz. per sitting, and I’m not rushing back to this particular beer.  It was good enough and obviously well crafted, but nothing really sang to me.

Ryan: If you like hop bombs you’re going to love this golden ale from Short’s.  It’s heavy on the hops and the rye.  If there is anything else to this beer, it is tough to find it.  Karl mentioned the “thick-assed head” that sat atop the Short’s Rich’s Rye.  The picture above does it some justice, but let’s give you a better idea of how thick this head actually was. 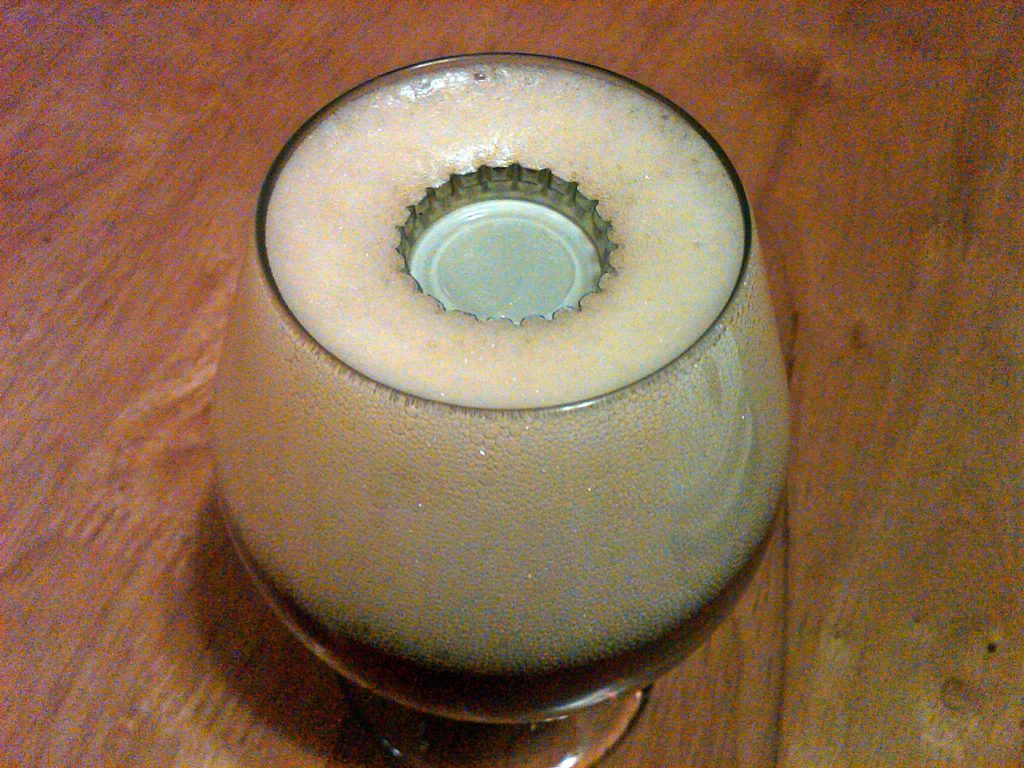 That’s like 8 fingers worth of thick, fluffy carbonated, float things on top of me head.  And it gave off a HUGE, sharp bouquet of piney hops and rye.

And the nose translates right into the taste; hops, hops and more hops.  And just one you don’t think you can take any more of the pucker inducing hops the rye shows and shuts them down.  Literally.  It’s like a door slamming shut.  The rye also makes for a long dry finish that lingers for what seems like forever.  There was a bit of what tasted like ginger ale up front as this beer warmed but overall it is all hops and rye.

I can’t say I would reach for this on a regular basis, but if I’m looking for a hopped off the charts ale then this is the one.