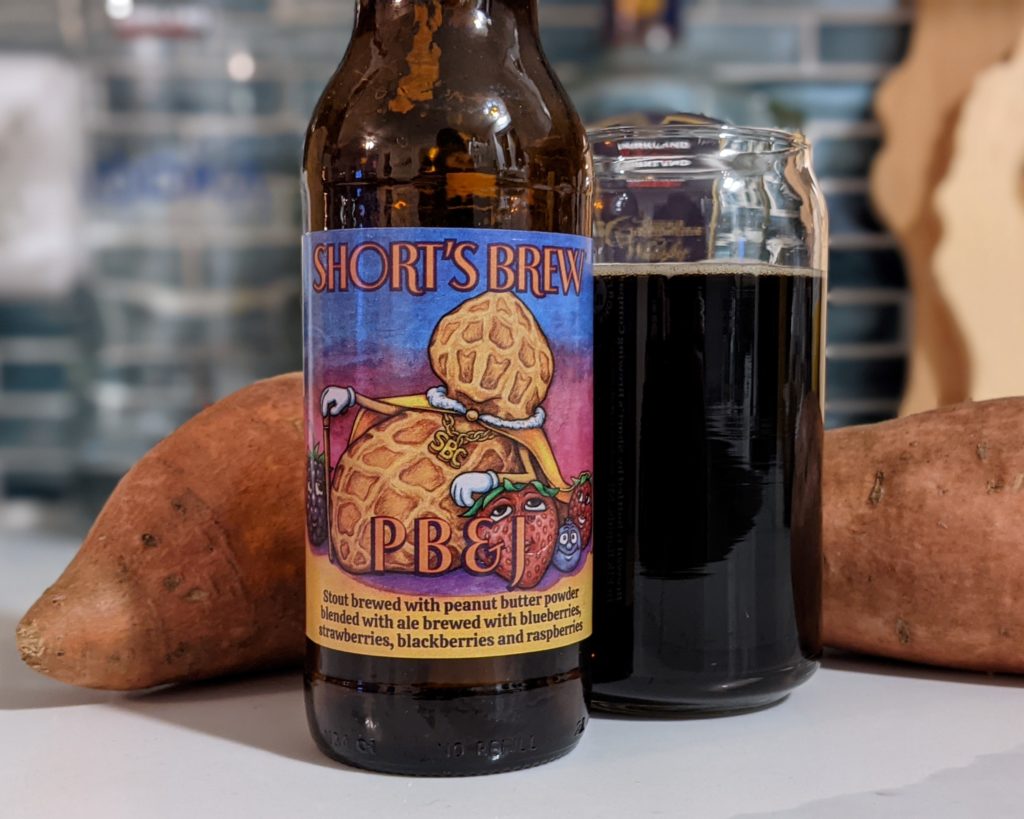 Hey, remember when roughly 60% of this website was reviews of Short’s beers?

In the initial few years of this website’s existence, we were, more or less, batshit crazy for the beers coming out of Short’s Brewing Company in Bellaire, Michigan. This was for a three specific reasons:

Short’s was famously following the New Glarus one-state-only model, until they weren’t. Michigan First, Michigan Forever was their tagline until 2016, when they decided to branch into other states, including Illinois. And then … we sorta stopped talking about Short’s.

Fast forward to the end of 2020 and now the beginning of 2021, when I’ve been drinking Short’s beers more than ever. Why? Well, being a new transplant to Northern Michigan has a lot to do with that. There’s plenty of new beers to explore, but at the same time, I was looking for something sort of familiar. Some semblance of local comfort in my new home.

Hence, a newfound appreciation for Bellaire Brown. A rediscovery of Soft Parade, Huma Lupa Licious and their new offshoot, Lil’ Huma. And a new level of access to Short’s weirder beers on nearby store shelves, including this old favorite: PB&J.

Years ago I used to ask bartenders to mix Soft Parade with their Uber Goober peanut stout when I couldn’t find their PB&J. I got weird looks but I didn’t care…because it is kinda weird. PB&J is for sandwiches, not beer, right? I can’t think of another single sandwich that makes sense in beer form. Maybe fluffernutters, but that’s a weird sandwich to begin with.

(Note to self: pitch Short’s on a fluffernutter beer.)

And in practice, it remains a genuinely interesting, almost confounding beer. It’s not so much as the whole being more than the sum of its parts — the two beers almost cancel each other out, like dividing by zero in a math equation. (That’s how math works, right?)

The fruit sharpness of the Soft Parade is dialed down by the stout, while the nutty goodness of the Uber Goober gets tempered by the soft sparkle of the fruit beer. It comes together to create a beer that’s really like nothing else, with flavors at war instead of playful competition. It’s like both beers are vying so hard for your attention that they beat each other up too much and neither one pops out too much. Two beers stand before me, and they’re each lip syncing for their lives. RuPaul would call a draw on this one and send no one home. Shante, you both stay.

And yes, it’s still a fun, weird, wild beer from a brewery known for these things. I think next time I see both of these on I’m going to start experimenting with blend level — I don’t know what ratio goes into this but I bet two-thirds stout and one-third Soft Parade might be the way to go instead of half-and-half. We’ll see.