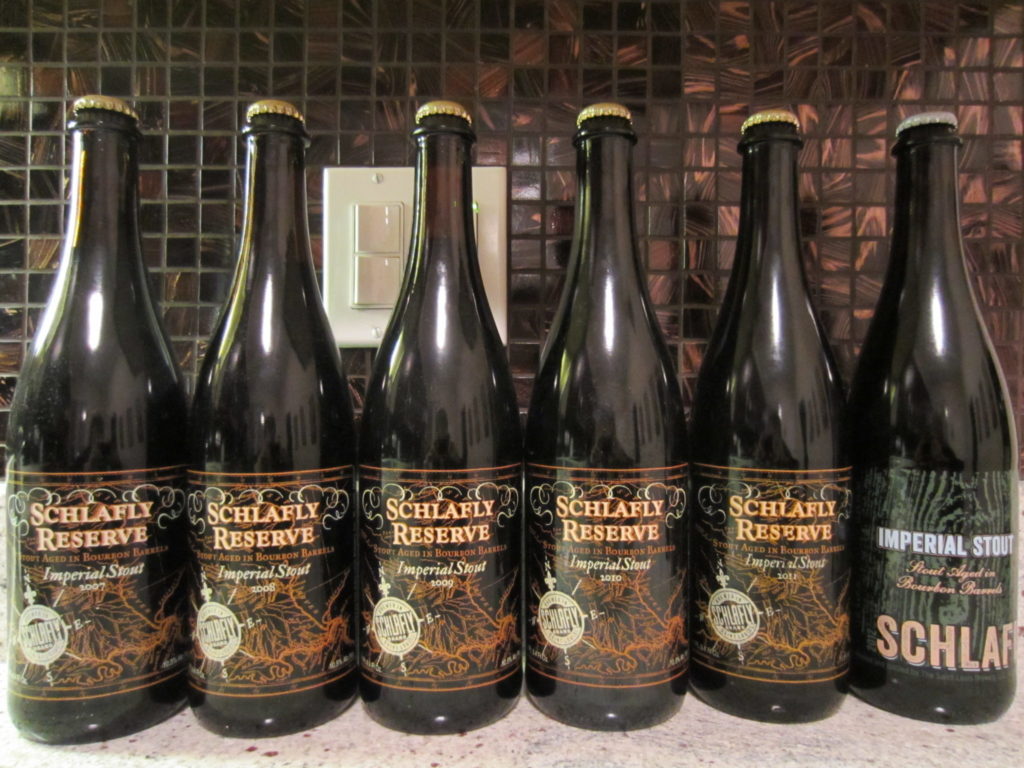 My notes on our Schlafly Russian Imperial Stout vertical are slight: A mention of raisins here, a note that says “roasted flavor jumps up like sand” which I don’t really understand, followed by “how am I drinking this so fast” and “chocolate covered bananas” rounding out the bulk of my writing at that late, loud hour. It’s the peril of a little too much beer to taste in any single night, and it’s happened a couple of times through the years, and it happens to us all. Somewhere during the course of that evening, we passed the point of “beer reviewing” – I think it was around the 2008 cellared Westmalle – and into the point of doing nothing more than drinking, talking, telling jokes, and hanging out.

I was going to try to fake this into some sort of pieced-together beer review of faked memories and cribbed notes from others, but above all else, one must tell the truth in matters such as these, so instead I’m going to take a few paragraphs to try to make a point. Sometimes even with the best beer, the point isn’t to detect notes of leather or compare IBU ratings, but rather to simply enjoy the company of others. We probably would have held off on opening all these bottles of Schlafly RIS (and to the fine people of Schlafly, whom we’ve interacted with a few times, I hope you don’t think we disrespected your product any) but we had a reason to drink them – one of our own was moving down south, and he simply wanted to drink those beers with his friends before he left. 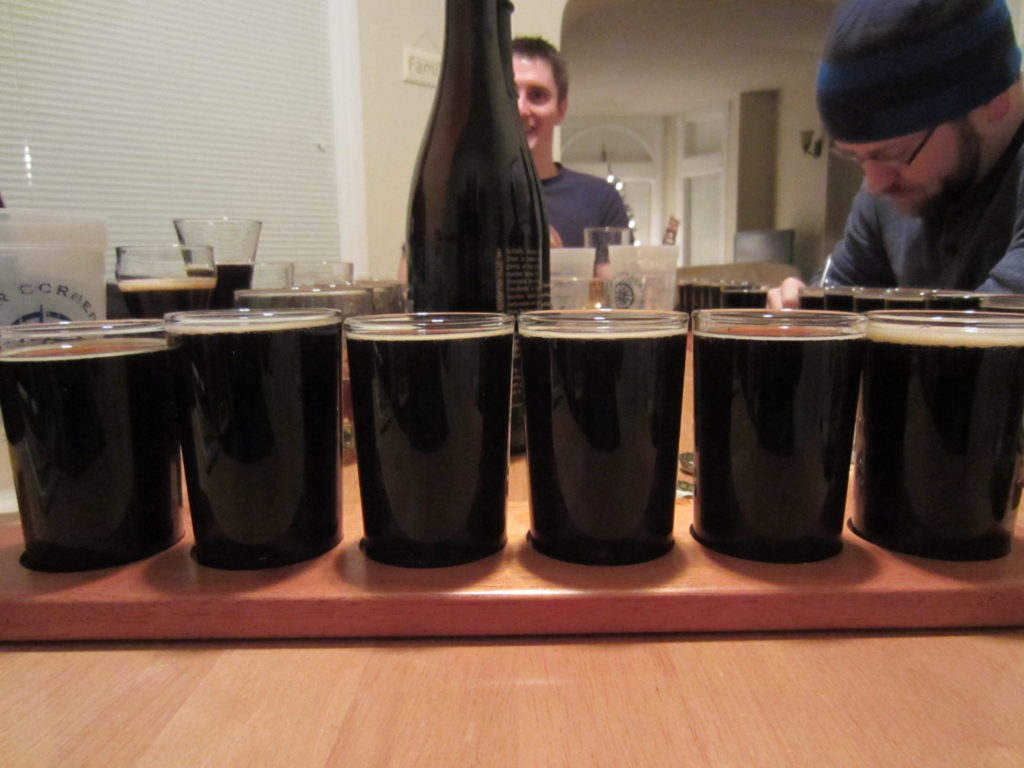 I have no regrets about leaving more than a few half-dead tasting glasses of super-powered beer behind, nor do I have any regrets about opening them in the first place. I can hear people now, saying that we were terribly wasteful in leaving beer more than a half-decade old undrank and unappreciated, but I have a feeling that’s the same kind of person who would take those bottles and put them up on eBay anyways. If you can’t break out a good bottle and share it with a friend, if you value the status of the beer more than you value a good time with a few other like-minded gents, then perhaps you should get out of the game entirely and retire to your hoard of Dark Lords and Pliny’s. (Plinies? What’s plural for Pliny?)

It’s easy to get a little too into the habit of paying a little too much attention to each beer you drink. Not everything ever brewed requires discussion, and the level of seriousness about this stuff sometimes can get a little old, even from this self-admitted guy-who-takes-it-seriously. We don’t say it enough, and we don’t nearly write it enough, so let this serve as a reminder to you as much as it is to me – remember to have fun. Remember to relax a little bit. Remember that for most of us who would associate as “beer nerds,” this all started with a few cans or a keg, and a few good times. If a handful of aged Schlafly stouts has to fall in order to get me to spend a few paragraphs writing this to remind my own self of it, then I guess that’s the price that I have to pay. 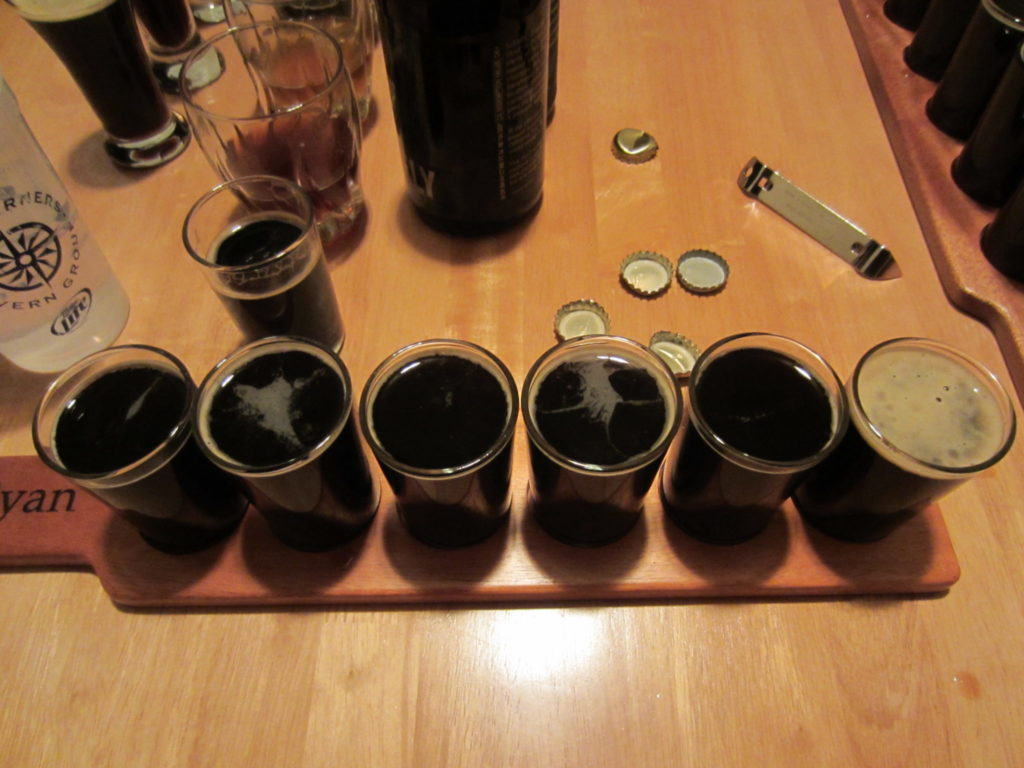 In the end, we all stumbled home and went our separate ways and were all the better for it. I have a different perspective on all of this, of course, because I wasn’t the one who in the end was responsible for shepherding all these beers to this particular finish line. (Ryan hasn’t been able to actually talk about getting rid of the rest of those beers yet, but hopefully with time and therapy, we’ll all be able to come to terms with our loss.) Since I should probably say something about the actual beers in this “review,” I’ll say that they were quite good, and raisin-y, and strong. Thanks, Schlafly. More importantly, they were for someone who really wanted to have them while hanging out and having fun. If you’re doing it right, the company you keep while enjoying these beers is more important than any Beer Advocate rating or Untappd badge. We had fun.

I should sum it up with this: I don’t have a great set of tasting notes about those beers, but I sure as hell remember how fun it was to drink them. 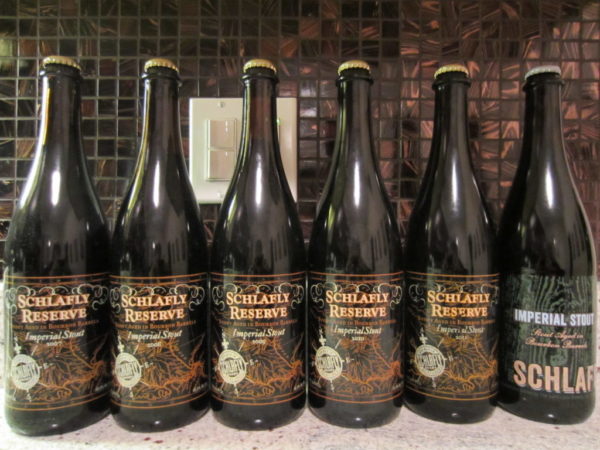 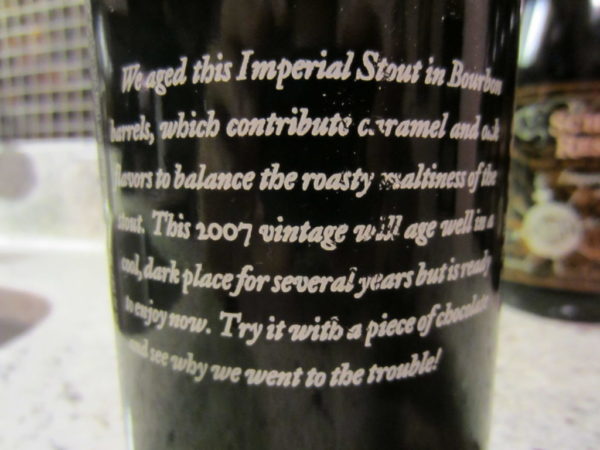 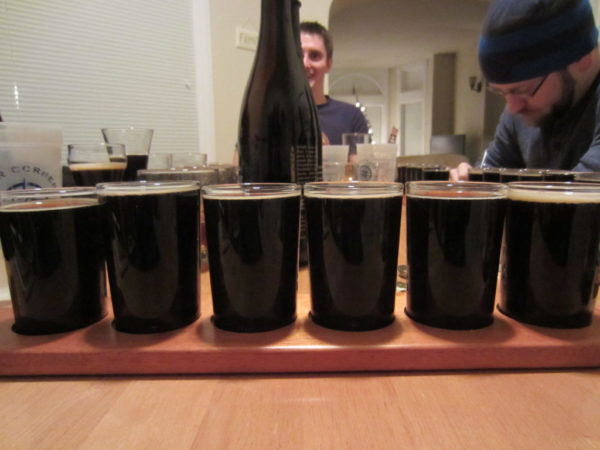 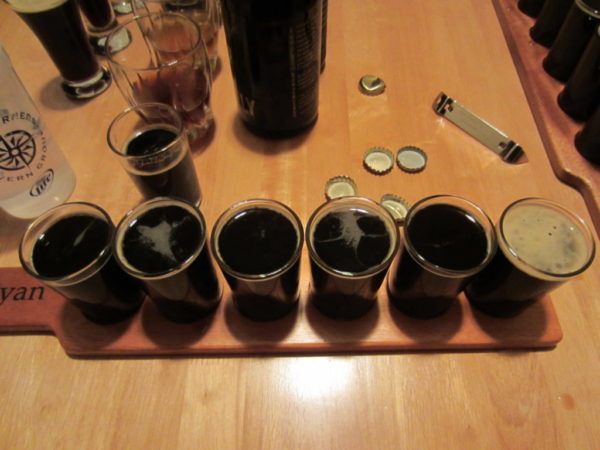 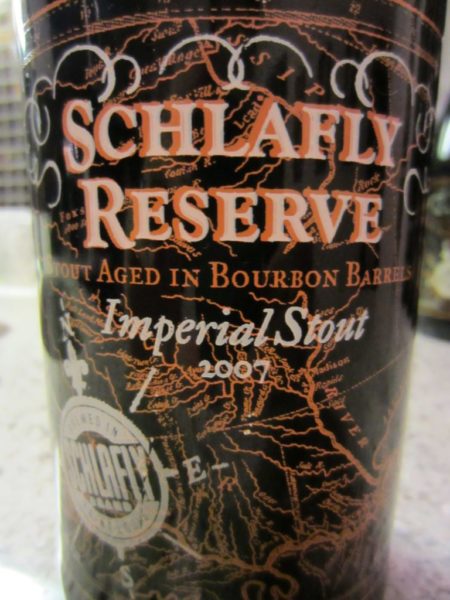 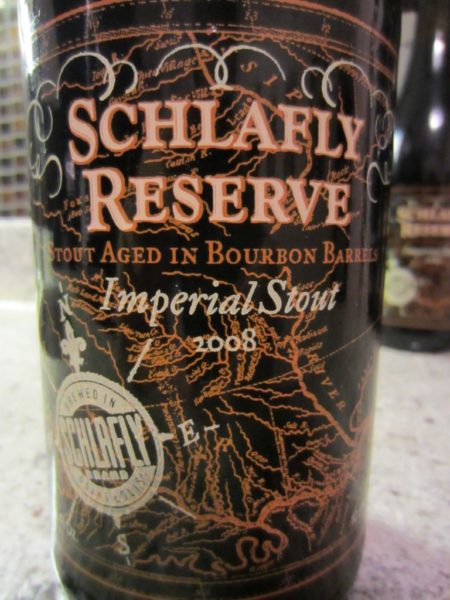 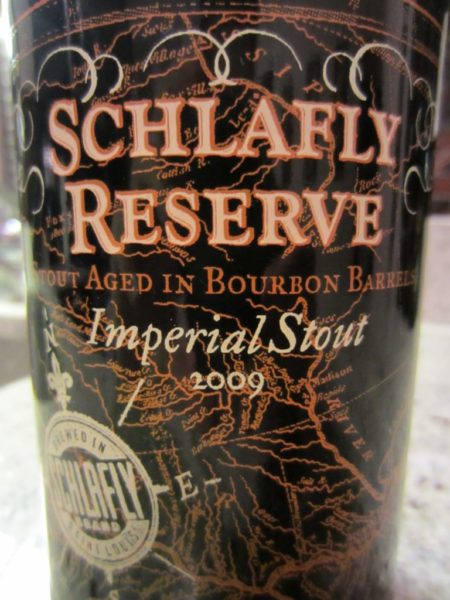 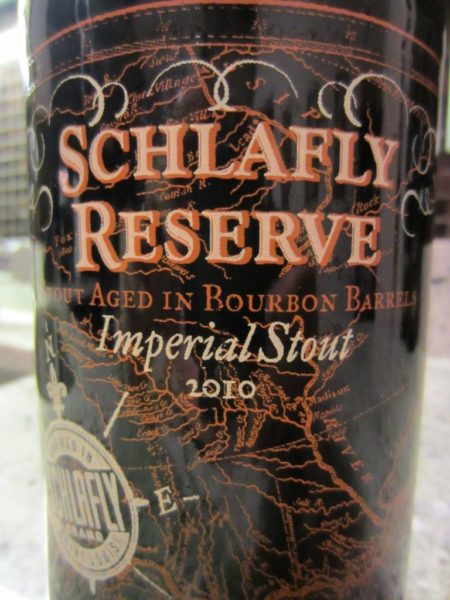 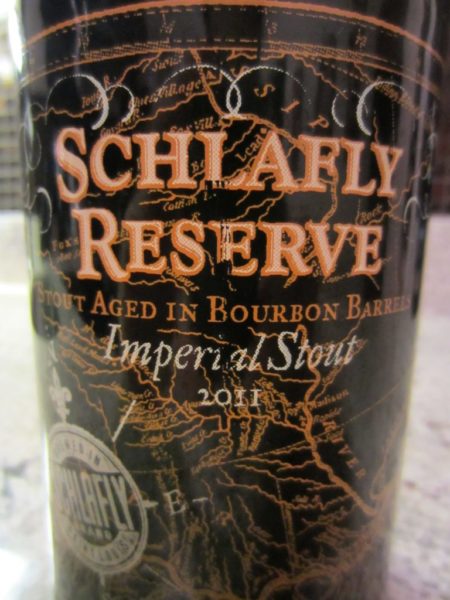 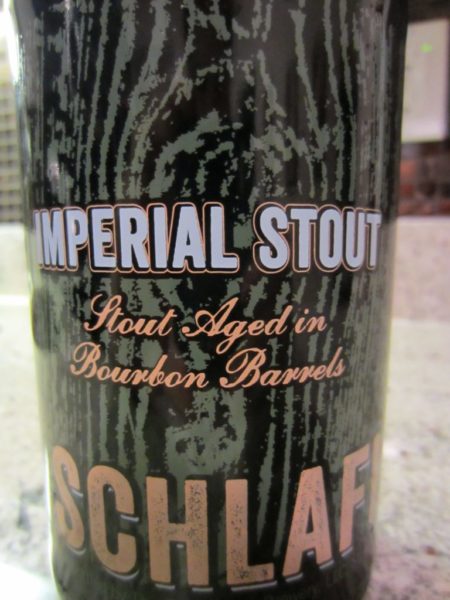 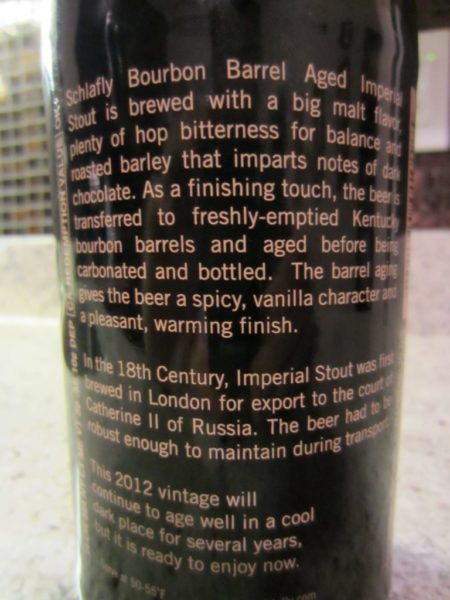 Sometimes, It’s Not All About The Beer; Even When It’s A 6 Year Vertical Of Schlafly was last modified: August 30th, 2021 by Karl