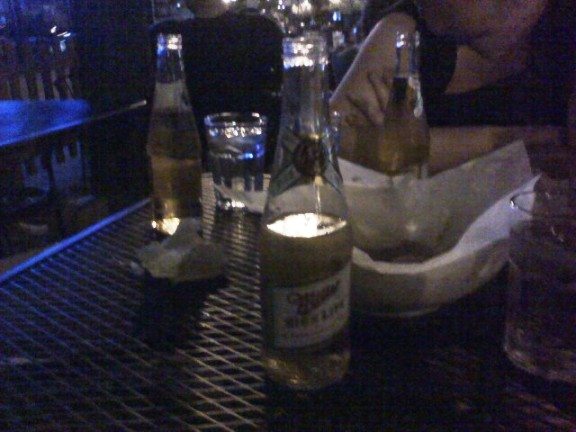 As much as we obviously love gushing over the highest of highbrow brews, and poking over years and years of cellared beers, the staff of Guys Drinking Beer readily admits that yes, Virginia, there is a time when one must drink a macro-brew.  In an effort to try to defuse the idea that we are rampant beer snobbists, who imbibe only from the proper glassware and demand our cask-conditioned firkin selections be served at exactly 38.8 degrees Farenheit, allow us to wax poetically about one of our favorite intoxicants.

We be livin’ the High Life, friends and neighbors.  And what a High Life it is. 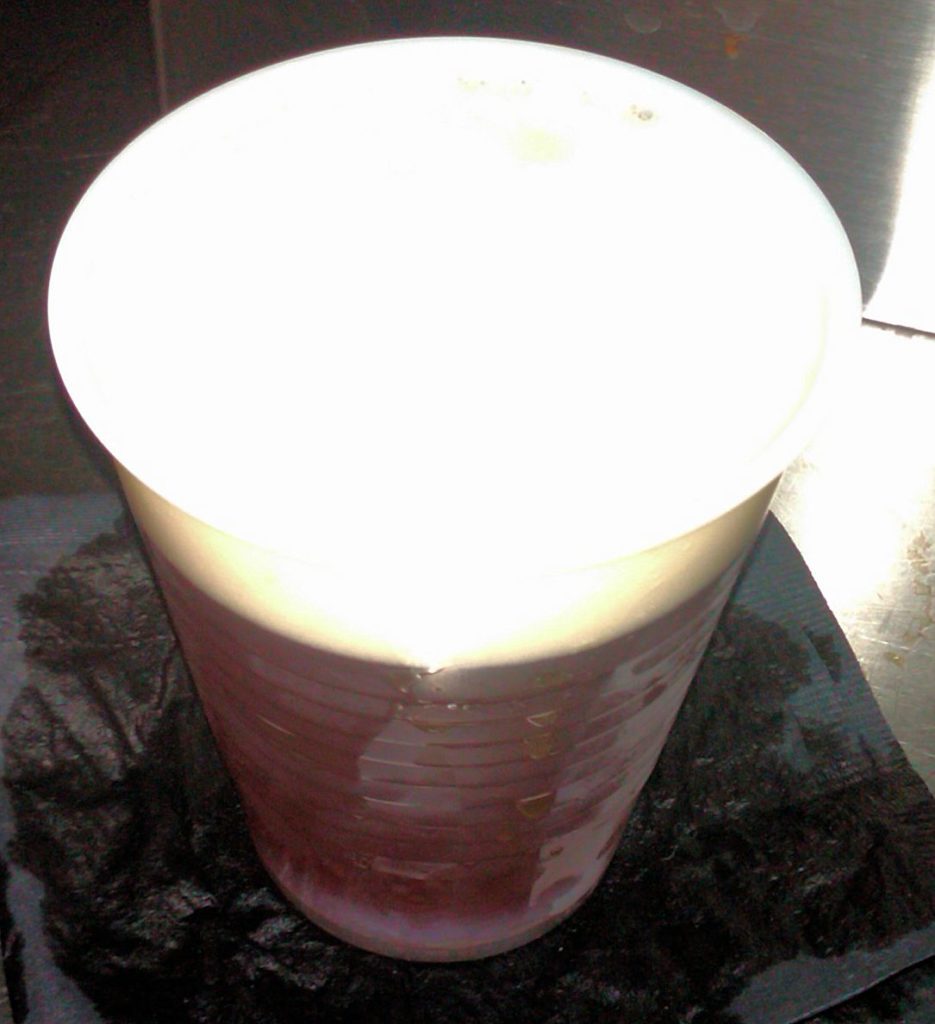 Despite our heavily fortified bunker packed with an impressive selection of quality beers, occasionally we venture out into the world around us to explore reality.  Sometimes those trips require us to end up at places where our preferred beer selections are, shall we say, limited.  We’ve all been in situations where we’re in a mixed crowd of non-beer-dorks and don’t feel like getting into the conversation that starts with “do you have anything better than…” and generally ends with something like “…no, it’s fine, forget it, I’ll have a Bud Light.”

And sometimes you just want to throw caution to the wind and delve back into the wide world of SABMiller and InBev’s most hallowed products.  Fine, say we – there’s still a way to make a reasoned and measured choice in the face of Mainstream Beer Limitations.  You might be surprised that I don’t defer to the Pabst Blue Ribbon when it comes to buying cheap beer.  I used to, but sadly, most places have caught up to the idea that PBR is the anti-macro and charge accordingly.

Here’s an example of exactly what went down last night.  ‘Twas a lovely evening, breezy and in the upper 70s, and we decided it would be a good evening to wander down the street and just see where we ended up.  Thanks to some active advertising of cheap beers and cheaper wings, we deferred to a place with a patio that generally sells tight shirts and sports on TV over their culinary offerings.  That, and we were tired of walking.  Laziness wins again.

There were $10 domestic buckets on sale, but from what we could tell, it was limited to your standard Bud/Light/Miller/Lite selections.  (If anyone can tell me why domestic continues to exclude Rolling Rock, being brewed in Pennsylvania, be my guest, aside from a profit/loss sheet.)  Here’s the deal — when you see options like these, always, always, always ask for High Life.  Chances are excellent that they have it on hand — the masses just generally defer to the standard choices. Lo and behold, scant minutes later, we were happily downing 5 High Life’s at our leisure, when we otherwise would be forced to fight through cheap light nothingness.

Beyond that, believe it or not, I like High Life in the classic Champagne of Beers bottles.  (Cans need not apply, unless they’re tallboys clad in that camouflage pattern that comes around during hunting season.)  It’s a classic recipe with some actual taste and body, and a nice sweet finish that normally would just remind me of the cheap corn they brew with, but in the case of the High Life, it works.  And sometimes, you just want to drink a dozen beers in the sun and I can’t think of a better cheap choice — because maybe you don’t feel like a can of Half Acre Gossamer or 8.  Hey, it happens.

More From GDB:  Baderbrau's Lawnmower Lager: It Does the Job

Now, if someone would send this guy over to our place during a baseball game, it would be greatly appreciated.

In Which The GDB Live the High Life was last modified: February 6th, 2018 by Karl